Two Gallants – We Are Undone 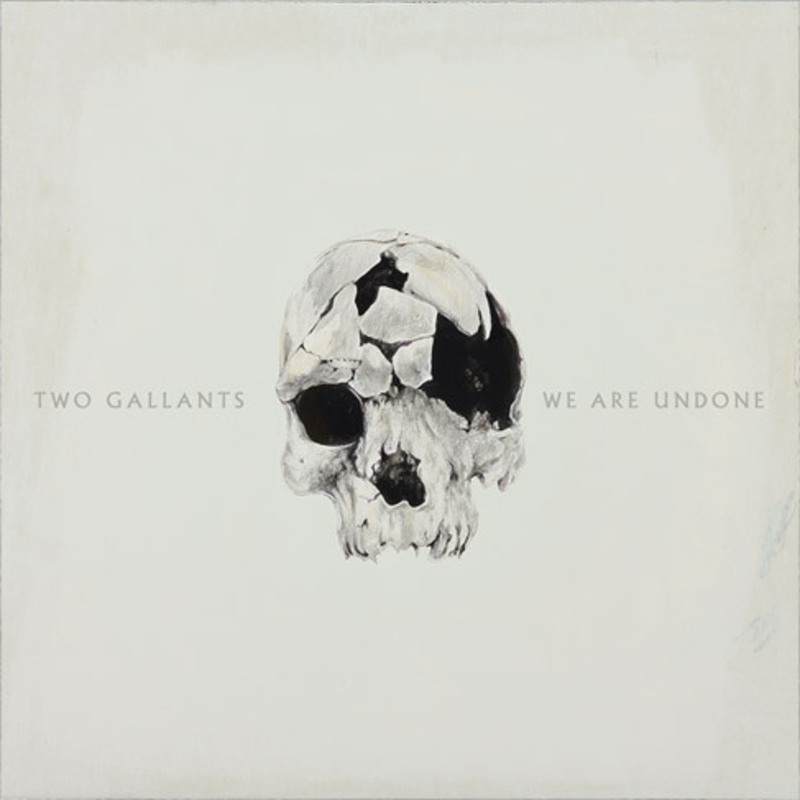 Wayne and Garth. Batman and Robin. Thelma and Louise. Never deny the power of an unbeatable dynamic duo.

As Two Gallants, Adam Stephens and Tyson Vogel have managed to keep their partnership intact over 14 years and five studio albums, all while coloring their simple guitar-and-drums aesthetic with shades of irresistible tomfoolery, mystery, and off-the-rails daredevil abandon. The band’s latest, We Are Undone, masters the sinking feeling of sharing a sweaty car ride or claustrophobic interrogation room with the bad cop/existential mindfuck cop team of Marty Hart and Rust Cohle. Stephens and Vogel share little in common with the mesmerizing main characters of HBO’s molasses-paced Southern drama True Detective, but the San Francisco-based best buds sure excel at scoring this listener’s dreams of Carcosa.

“My Man Go” lethargically, and with crushing tension, details a female narrator’s look back on a doomed and inescapable relationship with an emotional miser. Maybe it’s the lonesome guitar or the touchy subject matter, but the tune aches for a cover by someone like Neko Case. The very next track, “Katy Kruelly”, hides its miserable heart behind sweet, fireside folk. One could melt satisfactorily into the hypnotic fingerpicking if not for the constant reiterating of the cold bitch’s name. We get it; she’s cruel. No need to drive it into the ground and pave it over with lazy rhymes (truly, unruly, etc.).

Gloss over the album’s strongest offering, “There’s So Much I Don’t Know”, and the stark, piano-driven piece seems like another breakup song, but a thorough inspection finds Stephens directing his ire at the city that once nurtured his creative growth (“I don’t recognize you, but I know your name”) and now, thanks to an influx of wealthy outsiders (“Nothing left makes sense to me/ Must they change what they came to see”), pales in comparison.

Only the second half of We Are Undone sits underneath a perpetual rain cloud. The duo infuses the first half with some peppy stompers. Bluesy “Some Trouble” wags its tail like a modern Cream, while “Fools Like Us” preens like Alice Cooper. “Invitation to the Funeral” should come with a lighter and instructions on proper waving etiquette.

In a case of misheard lyrics, the title track throws out a line that goes something like this: “As long your cup’s full, everything is fine.” Switch out “cup” for “cock” and the entire song morphs into an ’80s hair metal saga. While that might seem like a leap, Stephens’ power ballad vocals make it easy. Fortunately, his Sebastian Bach tendencies simmer down a little by the album’s midpoint.

Essential Tracks: “My Man Go”, “There’s So Much I Don’t Know”