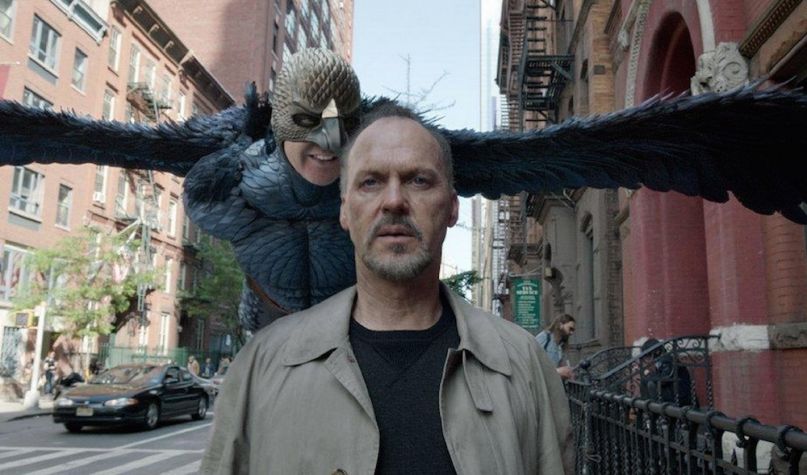 Still reeling over the ambiguous ending of Birdman? Scratching your head wondering whether Riggan Thomson (Michael Keaton) actually survived his self-inflicted gunshot? Or ever earned the critical praise he so desperately wanted? As it turns out, screenwriter Alex Dinelaris had another idea for how to close out the film.

In Jeff Goldsmith’s annual Q&A podcast with Oscar-nominated writers, Dinelaris revealed that the original last scene of Birdman was to feature a brief cameo from Johnny Depp. The more satirical ending would’ve seen the Hollywood actor — in his signature Jack Sparrow voice — mock the “endless loop” of his Pirates of the Caribbean franchise.

Dinelaris explained: “The other ending was that he [Keaton] shoots himself on the stage. The camera comes around to the audience and their standing ovation — all the way around, like Chivo [Emmanuel Lubezki] and Alejandro did the whole time — and the segue was back on to the stage and on the stage was like James Lipton or Charlie Rose and Michael [Keaton] was sitting across from him and he’s sort of reading the review. He’s saying, ‘Oh my God, you got this tremendous review’ and Michael is like, ‘Yeah.’”

He added, “Then the camera prowled like it did the whole film, went back stage through the halls we’ve seen the whole time and we’d get to the dressing room where literally Johnny Depp would be sitting looking in the mirror and putting on his Riggan Thomson wig and then the poster of Pirates of the Caribbean 5 would be in the back. In Jack Sparrow’s voice [it would say], ‘What the fuck are we doing here, mate?’ It was going to be the satire of the endless loop of that.”

Unfortunately (and not surprisingly), Disney and Depp were unwilling to participate.

Listen to the full podcast over at The Film Stage.

Birdman is up for a number of Oscars, including the much coveted Best Picture award. The Academy Awards air on ABC on Sunday, February 22nd at 7 p.m. ET/4 p.m. PT.