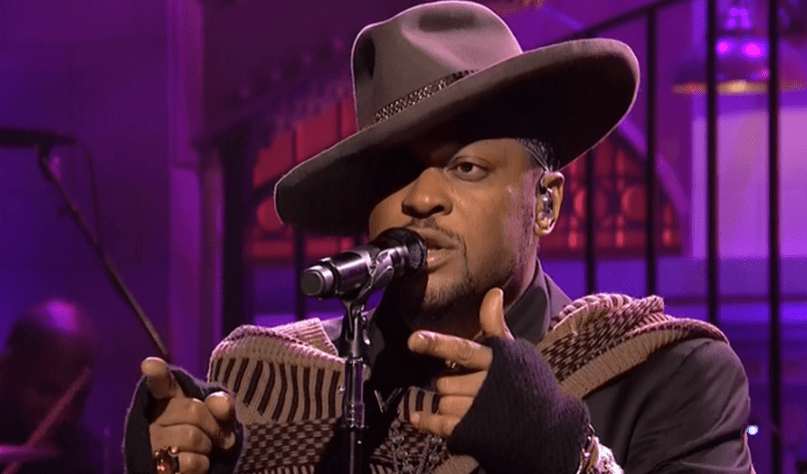 D’Angelo served as musical guest for the latest episode of Saturday Night Live, marking his first live performance in support of his critically acclaimed third studio album, Black Messiah. He did not disappoint: Accompanied by his backing band the Vanguard — which includes The New Power Generation drummer John Backwell, bassist Pino Palladino of The Who, and guitarist Jesse Johnson of The Time — the R&B crooner dazzled with performances of “Really Love” and “The Charade”. During the latter, D’Angelo wore a hoodie, the Vanguard members donned “I Can’t Breathe” T-shirts, and a stencil of a body outlined the stage floor — powerful references to the recent killings of Michael Brown and Eric Garner.

D’Angelo will remain in New York City for a February 7th gig at the Apollo Theater. Afterward, he’ll head to Europe for The Second Coming Tour.