Film Review: What We Do in the Shadows 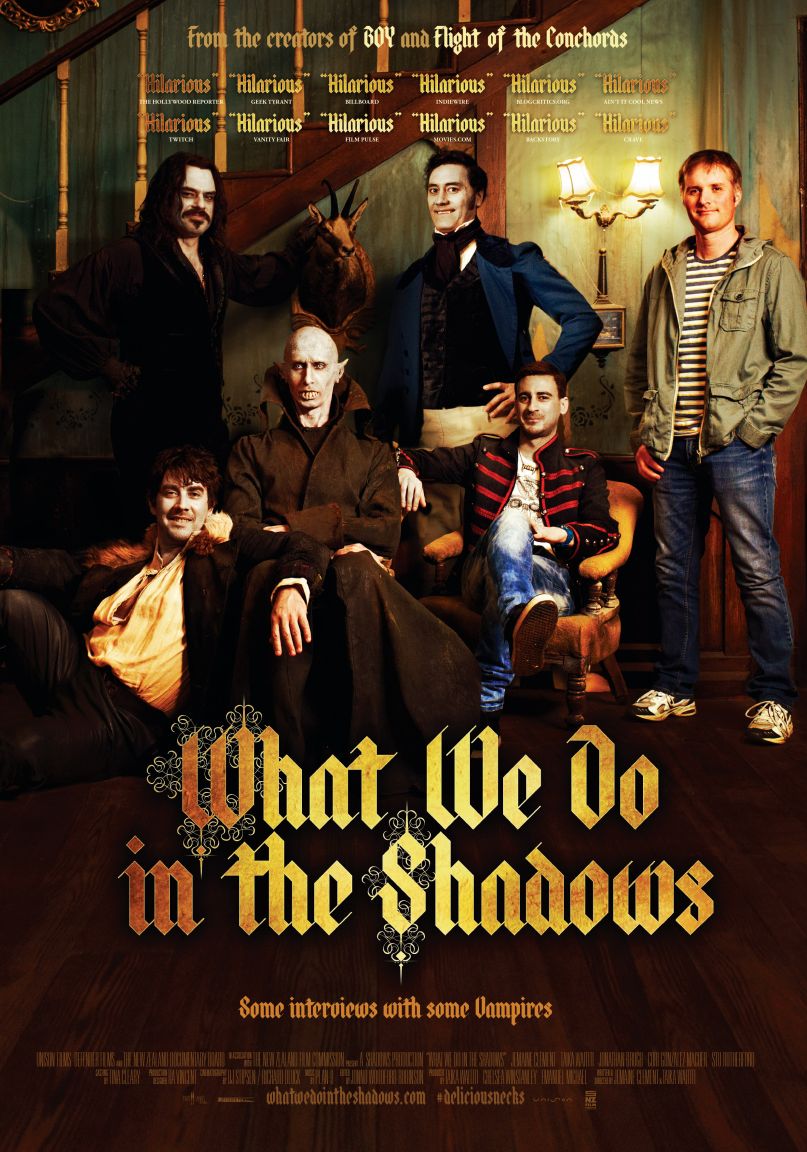 At its cold, undead heart, What We Do in the Shadows is a buddy comedy about four lovable misfits just trying to get by in an indifferent world. The catch is that they’re vampires. But this isn’t a blunt-edged satire like the egregious 2010 flop Vampires Suck. Jemaine Clement, best known as half of the New Zealand musical comedy duo Flight of the Conchords, keeps the film more in the vein of This Is Spinal Tap, with set dressings borrowed from last year’s Only Lovers Left Alive. The humor is light, sweet, and silly, and never burdened by the trendiness of its conceit.

Clement leads the film alongside Taika Waititi as writers, directors, and co-stars. He plays Vladislav, a washed-up medieval despot who still keeps a torture chamber in the basement just in case the mood strikes. But instead of dwelling in an old Romanian castle, he lives — or, well, exists — in a rental house in Wellington, New Zealand with three other wayward vampires.

The movie opens with a title screen informing us that the documentary crew behind the cameras has been blessed and equipped with crucifixes for the duration of production. No humans were harmed during the making of this film. We’re then introduced reality-show style to all four of the house’s inhabitants, starting with Waititi’s Viago, the makeshift family’s effeminate caretaker and the story’s central figure.

Waititi earns the most laughs throughout this charming comedy. He’s a gentle presence, eager to please and fussy about messes, especially when tasked with the necessary unpleasantness of devouring human blood. He’s the sort of vampire who puts down towels before biting into a victim’s neck. His foils, the sulky Vladislav and vamp-bro Deacon (Jonathan Brugh), tire of his eccentricities even as he keeps them safe and functional pretty much by himself. He delivers live animals for breakfast to his fourth roommate, the nonverbal basement dweller Petyr, who is 8,000 years old.

Even as immortal, deadly creatures with powers of hypnosis and flight, this motley crew of ghouls suffers through the mundane hassles of everyday life. They fight over the dishes, they help each other pick out outfits (mirrors don’t work for them), they hit the clubs to try to get laid — or fed. They keep human familiars who clean up after their dirty work, enticed by the promise of eventual immortality. They hassle a rival gang of werewolves, including one played by a familiar Conchords face. Viago yearns for a lost love in a nursing home, whom he followed from Germany to New Zealand some 70 years back.

Shadows feels cut from the same cloth as Flight of the Conchords’ easy, awkward comedy. It doesn’t pose too many new challenges for Clement as an actor, as he stays mostly within the same mode as his Bowie impression: stoic, bitter, a little glam. But the friendships among the vampires and the humans they associate with feel warm and real, and they supply moments of genuine humor. None of us are dead yet, but who hasn’t felt like an outcast in the world of mortals? Like Conchords, Shadows is a study of the underdog. It doesn’t break much ground, but it’s fun like hanging out with an old group of friends is fun — even if they’re fond of telling the same four jokes for eternity.