Jack White has finally made it 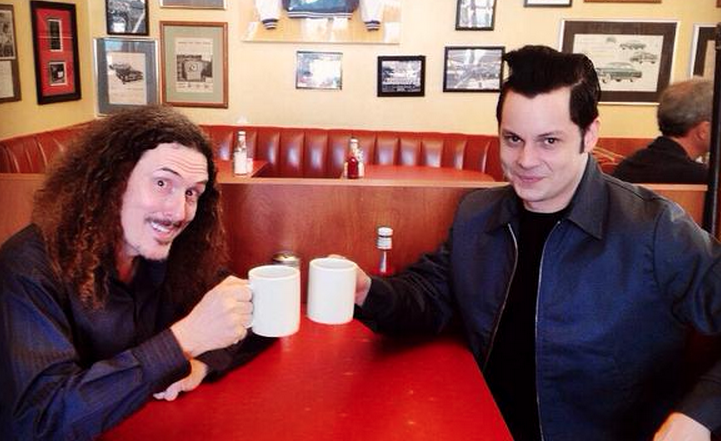 Jack White has accomplished a lot in his 20 year career: He’s soundtracked major sporting events, headlined the world’s biggest festivals, sold the most vinyl records, and even recorded alongside Neil Young and Jay Z. Yet when asked recently by Jordan Klepper of The Daily Show when he knew he had “made it,” Jack said he hadn’t yet. Rather, he explained, “When I have coffee with ‘Weird Al’ Yankovic one day, that’s when I’ll know. People say ‘I know I’ve made it when ‘Weird Al’ covers your song.’ That’s not true — you have to have coffee with him.”