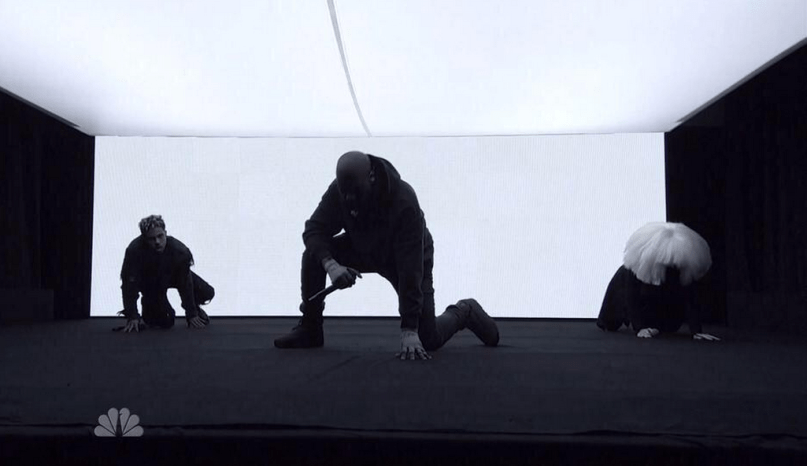 Kanye West was one of the musical guests for the 40th anniversary special of Saturday Night Live. The performance began with Kanye laying on his back as he rapped “Jesus Walks”, a powerful image that alluded to the tragic shootings of Trayvon Martin and Michael Brown. Next he sang “Only One” before bringing out Sia and Vic Mensa for the live debut of “Wolves”, the opening track from his as-yet-unannounced seventh album. Watch the replay below.