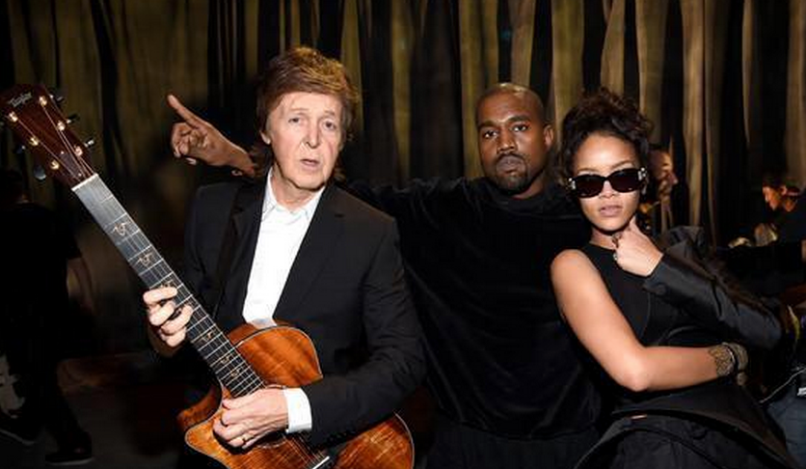 No artist delivers more at the Grammys than Kanye West: The 21-time winner has given several memorable performances over the years — from his 2005 debut of “Jesus Walks” to his 2008 Daft Punk collaboration and heart-wrenching rendition of “Hey Mama” to the impressive posse performance of “Swagga Like Us” with Lil Wayne, Jay Z, T.I., and M.I.A. — and 2015 was another one for the history books.

Kanye first performed solo for “Only One”. Later, he teamed with Sir Paul McCartney and Rihanna for the live debut of their collaborative single “FourFiveSeconds”. The latter is set to appear on both Kanye’s forthcoming new album and Rihanna’s new album, which will be executive-produced by Yeezy himself.

This year’s Grammy Awards also featured performances from Beyoncé, Beck and Chris Martin, Sia, and more. Replay them all here.