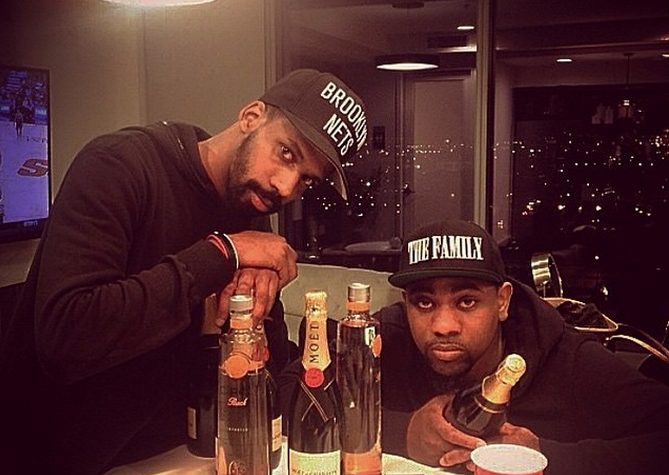 A member of Nicki Minaj’s team was killed, and another injured during a stabbing attack in Philadelphia early Wednesday morning.

Minaj broke the news on Instagram, explaining that the unnamed individuals had been in Philadelphia rehearsing for her upcoming tour.

Update: According to TMZ, Minaj’s tour manager De’Von Pickett was the one who was killed. The other victim is named Eric Parker.

The incident took place around 3 a.m. outside the CHE Bar & Grill. Parker was taken to an area hospital in critical condition. Police are currently looking for a man in a black jacket who fled the scene in a Buick LeSabre.

Watch a local news report, which includes more details on the attack.