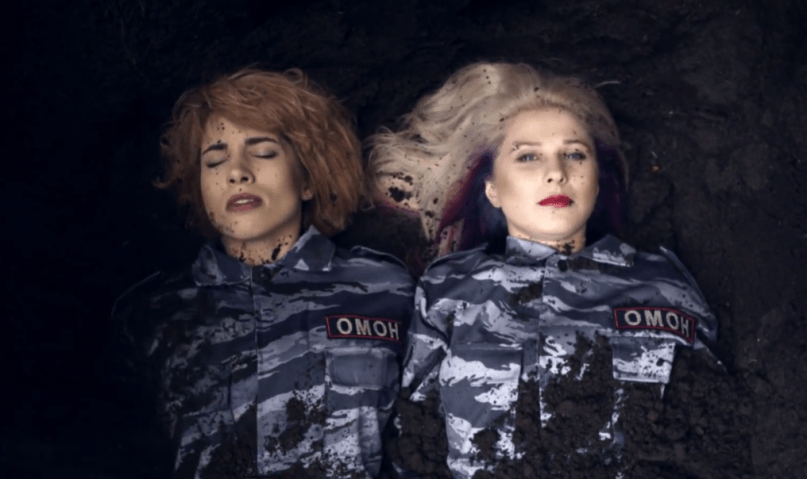 Feminist punk collective Pussy Riot have unveiled their first English language song: “I Can’t Breathe” was inspired by the tragic death of Eric Garner at the hands of the NYPD and is dedicated to those “who who suffer from state terror—killed, choked, perished because of war and police violence—to political prisoners and those on the streets fighting for change.”

The accompanying video, filmed in Russia, features Tolokonnikova and Alyokhina in police uniforms, being buried alive. Watch below.