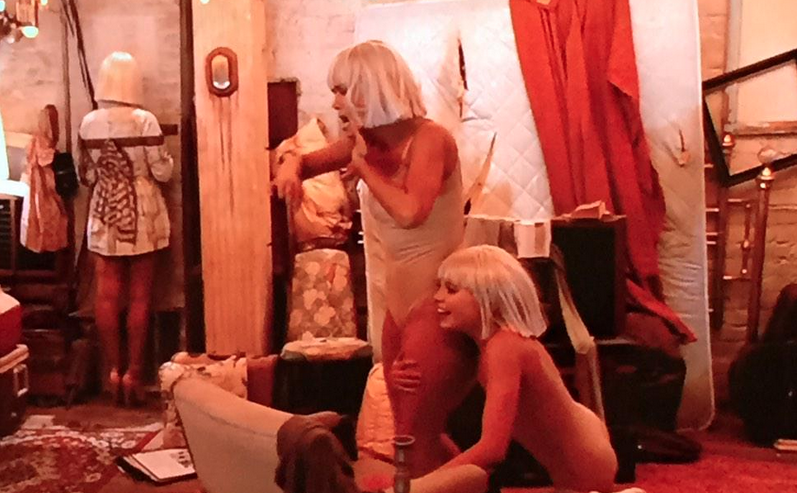 In an homage to the stunning video that was one of our 2014 favorites, Sia performed “Chandelier” at the Grammys alongside dance prodigy Maddie Ziegler and actress Kristen Wiig.

Though “Chandelier” didn’t take home any Grammys tonight, Sia’s routine against a messy apartment set was one to remember. After she was introduced with a poem by Shia LaBeouf, who also starred in her controversial video for “Elastic Heart”, Sia sang the entire song with her face to the wall in a corner of the set. Wiig, wearing the same iconic platinum wig as the Australian star, danced around the set with Ziegler instead.