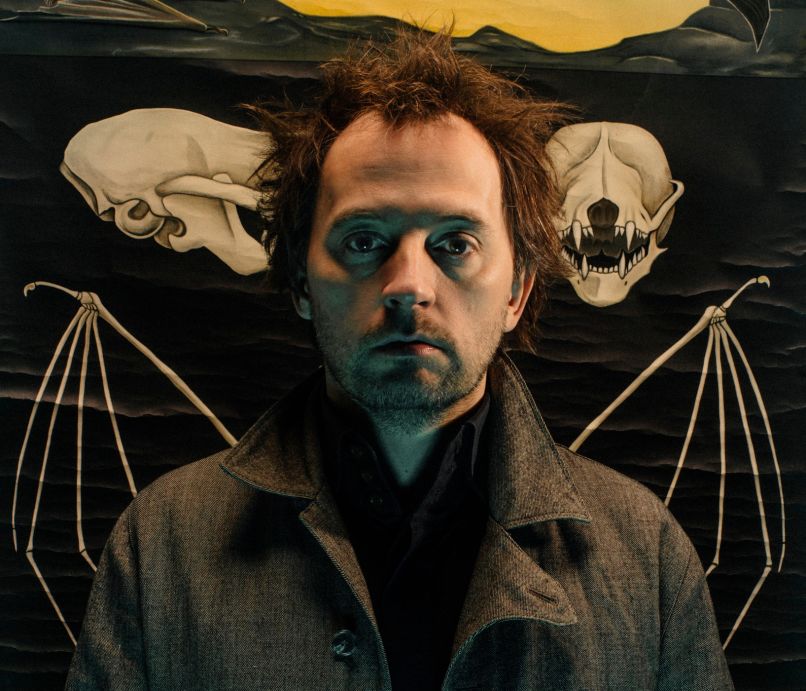 The eight-track effort serves as the follow-up to 2012’s Ufabulum long-player and last year’s Music For Robots EP. The bulk of the LP was recorded while Jenkinson spent the last two-plus years on the road, using a special setup made to recreate his studio setting back home.

With the LP, Jenkinson has “synthesized” two distinct inspirations that have run throughout his career: “that of Miles Davis-school jazz, and that of dance music.” These “distinct traditions” then “intersect and interact,” resulting in a record “that often straddles nightmarish drill ‘n’ bass and the early work of electric jazz pioneers.” Damogen Furies is where “we hear a truthful, unembellished representation of how those instruments sound. All of the recordings here were made in one take, with no edits. It is a record that has the brutal energy and vivaciousness of a debut.”

To accompany today’s announcement, he’s also unveiled lead single “Rayc Fire 2”. Twittering with a kind of manic energy, this barrage of sugar-addled synths and rapid-fire percussion is the hyperactive love-child of EDM and traditional jazz. Download it over at Squarepusher’s website; for more snippets of music, check out the album trailer below.