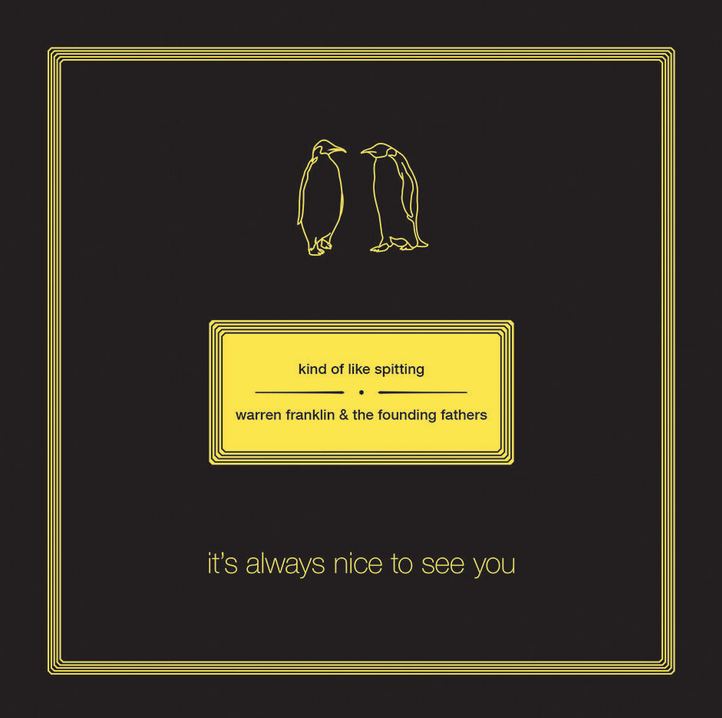 Singer/songwriter Ben Barnett formed Kind of Like Spitting in Portland, Oregon in 1996. Over the next decade, the emo outfit would release nearly a dozen records, including one featuring Ben Gibbard of Death Cab for Cutie. Despite its success, the band parted ways in 2006 for personal reasons. Barnett went on to teach at a Seattle music school, occasionally playing and recording with Blunt Mechanic.

But now, nine years after its last album, KoLS is back with a brand new lineup and brand new music. Now a trio consisting of Barnett, bassist Brian Grant, and drummer Dante Johnson, the band will release a split LP dubbed It’s Always Nice To See You alongside fellow emo rockers Warren Franklin & The Founding Fathers. Due out February 3rd from Topshelf Records, the album is streaming in full below.

KoLS contribute the opening seven tracks, including a felicitous cover of Elvis Costello’s “(What’s So Funny ‘Bout) Peace Love and Understanding”. “Coming up on 20 years as a band, Kind of Like Spitting is really proud of this release,” Bennet says. “Warren and The Founding Fathers are a great band and great friends to us. We are really proud to be a part of Top Shelf family. It’s fuckin’ cool to still be here.”

As for WF&TFF, their six contributions to the tail end of the record provide a nice bridge between last fall’s split with Mikey Erg and their forthcoming full-length release. Press for It’s Always Nice to See You notes that the band has hit a “song-writing groove” that will surely please fans.

Take a listen to the full thing below. Pre-orders are ongoing at Topshelf’s website.