One of the collective's most personal albums to date 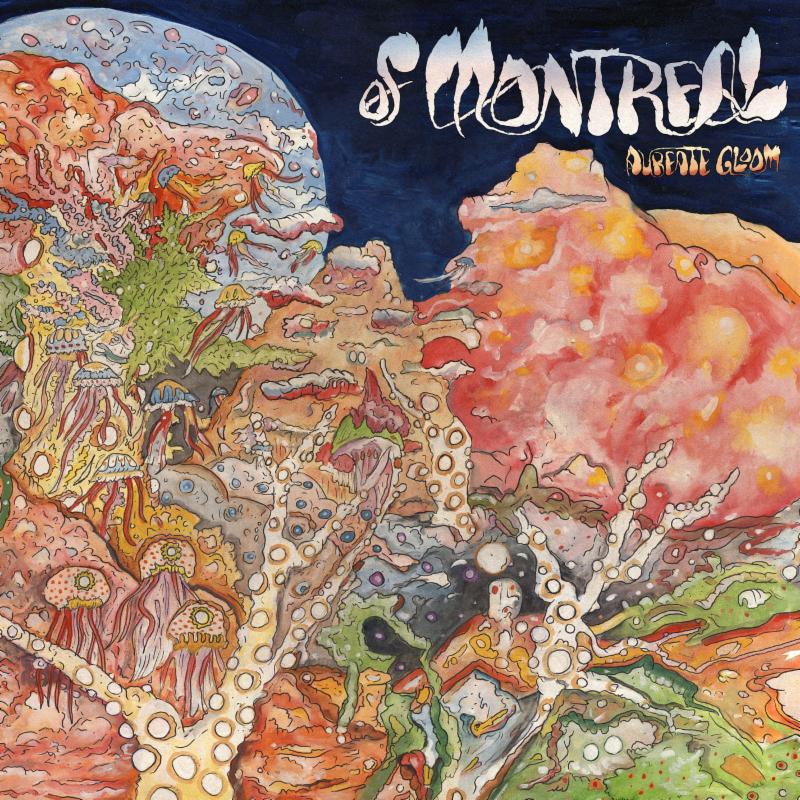 of Montreal’s new album Aureate Gloom is streaming in full one week ahead of its scheduled March 3rd release through Polyvinyl Records. Listen now via NPR.org.

The 10-track effort serves as the Athens psych poppers’ 13th to date and follows 2013’s Lousy with Sylvianbriar. It was recorded at Texas’ Sonic Ranch following frontman Kevin Barnes’ two-week stay in New York City, where he drew inspiration from “picturing himself as Tom Verlaine or Patti Smith from 40 years ago as he wandered around Chelsea and Greenwich Village.”

In a recent interview, Barnes spoke the Big Apple’s influence on Aureate Gloom, what’s being touted as one of the collective’s most personal albums to date:

Well the reason I was in New York was I felt very inspired by the mid to late ’70s music scene in New York — you know, the sort of Max’s Kansas City, early days of CBGB and Television, Talking Heads. Bands like that. So I wanted to, even though the Manhattan of 2014 is basically like Disneyland — if I wasted to get the authentic “New York in the ’70s” experience I should have just gone to Philadelphia or Baltimore because that is probably more similar to how it actually was in the ’70s because now everything is so cleaned up. Anyways, I went to New York and just lived out there for two weeks and wrote some songs and kind of just wandered around, similar to what I did when I was on the San Francisco tour for Lousy With Sylvianbriar. The new album is sort of along those lines — not a complete homage to those bands or anything, but that was kind of the spirit behind it.

Aureate Gloom is preceded by the singles “Bassem Sabry” and “Empyrean Abbatoir”.