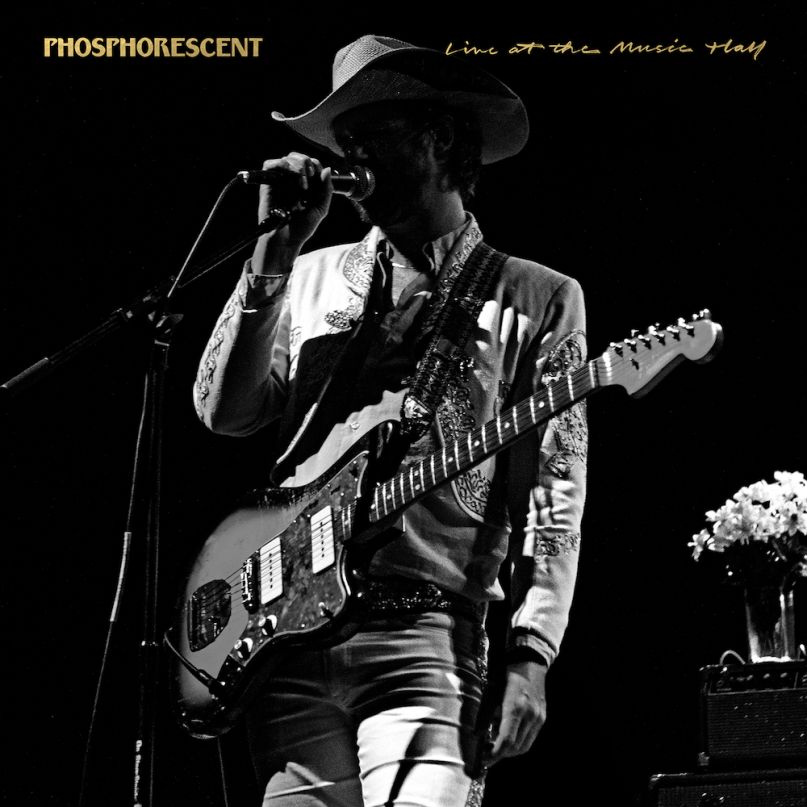 Matthew Houck, aka Phosphorescent, will release his new live album, Live at the Music Hall, on February 17th through Dead Oceans. In anticipation, the LP is streaming in its entirety below.

The 19-track effort features live audio recordings from Houck’s 2013 residency at the Music Hall of Williamsburg in Brooklyn and is said to be inspired by Bob Dylan’s own 1976 live record, Hard Rain. The collection is comprised of songs from across the indie rocker’s expansive catalog, including fan favorites off 2013’s Muchacho, as well as others that date back to 2005’s Aw Come Aw Wry.

In a statement, Houck said of the performances, “Playing those four shows, it was clear something special was going on.” He added, “After eight months of touring, we’d gotten to a really good point where we weren’t quite exhausted yet with the material, but we’d had enough time to really grow with the songs. So we were in that sweet spot where we were pulling something great out of the songs every night.”