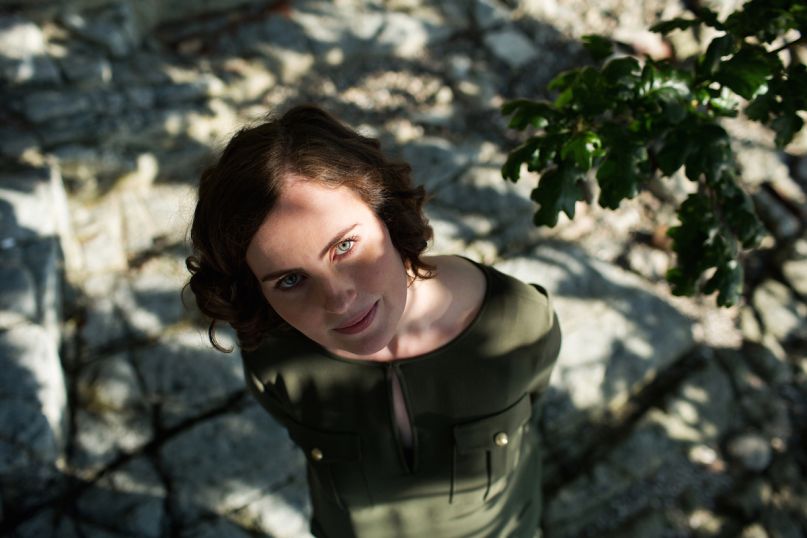 Singer-guitarist Kathryn Calder, of The New Pornographers fame, is gearing up to release her latest solo album on April 14th through File Under: Music. The self-titled record serves as her third LP to date and follows 2011’s Bright and Vivid.

According to a press release, the LP was written after the tragic passing of both Calder’s parents, which led to something of a creative meltdown. In fact, at one point, she even scrapped a whole album’s worth of new material before sitting down to pen what would become the final version. “I wrote love songs, but love in a broad way,” Calder explained. “To feel loss is to feel love. To be vulnerable is to let yourself be loved.”

Additionally, the indie pop singer took on co-producing duties, alongside husband Colin Stewart, where she “channeled her inner Brian Eno and began experimenting with the sounds and textures of early synth music.” Along the way, she was joined by guest collaborators Dan Mangan, Hannah Georgas, and Jill Barber, among others.

In anticipation, the British Columbia native has let loose the lovely lead single “Take A Little Time”. Listen in below, followed by the album’s artwork and tracklist.