This record store is an actual boat 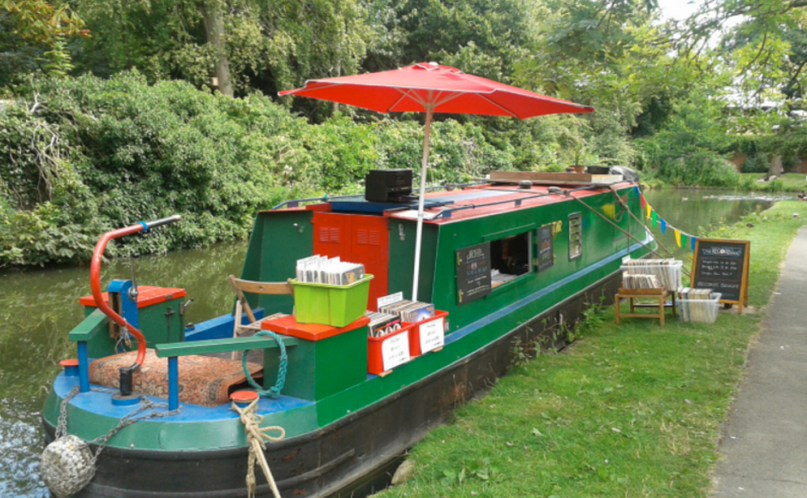 As a long-time collector, I’ve seen quite a few interesting locales for record shops. That list includes a converted funeral home, the inside of a rusty old Caravan (that counts, right?), and the home of someone’s ailing grandmother. (In my defense, I got a sick deal on some Elvis Costello imports.) This latest entry, however, unequivocally takes the cake for sheer weirdness: a record store on a boat.

The delightfully named The Record Deck is a relatively new shop set up on a fully functioning narrowboat. The dinghy operates primarily in the waters of Hackney in the UK, though it has traveled to areas like Birmingham and Cosgrove, where it sails around from dock to dock, moving its collection of vintage vinyl (like a hipster pirate, arrrgh). Even with the limited floor space, the ship has a fairly decent stock, offering everything from Nirvana and Leonard Cohen to Miles Davis and Al Green. Unlike most stores, though, TRD is subject to inclement weather, so maybe bring floaties.

The shop’s owner maintains a blog and Twitter account, offering up-to-date locations and openings as well as snapshots from the continued journey. The shop is currently docked near the Princess of Wales Pub on Lea Bridge Road, where it’ll remain through April. From there, it’s on to central London and later Victoria Park for Field Day 2015. Then, perhaps one day, a voyage across the Atlantic?

Below, check out photos of the floating shop. But first…