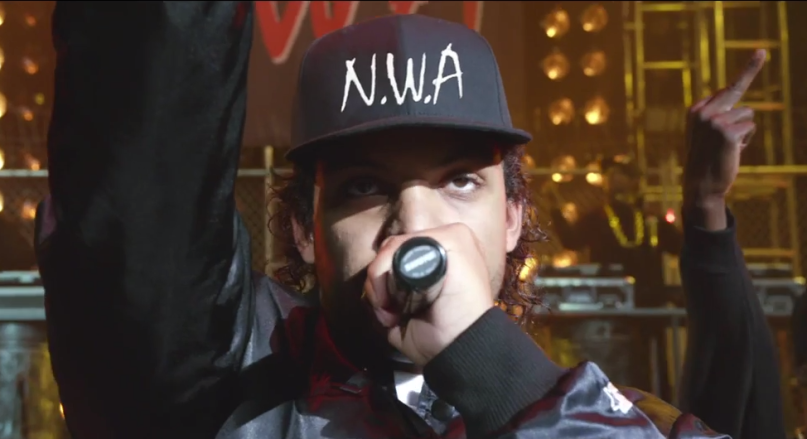 The first trailer for the N.W.A. biopic Straight Outta Compton has received its world premiere. (If you recall, the trailer was first screened during an Ice Cube concert in December.) Watch below.

Dre and Ice Cube, who serve as executive producers, appear in the trailer’s opening, as does Kendrick Lamar.