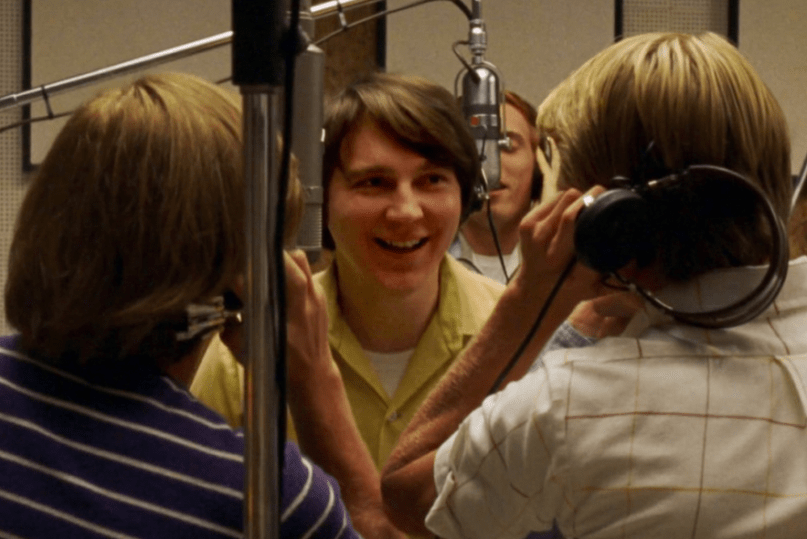 Love & Mercy is a forthcoming biopic about the life and career of legendary musician Brian Wilson, directed by Bill Pohlad (The Tree of Life). Starring Paul Dano (There Will Be Blood, Little Miss Sunshine) as the young Beach Boy, the film “paints an unconventional portrait of the artist by interweaving seminal moments in his life, from his artistic genius to his profound struggles, and the love that keeps him alive.” Watch the biopic’s first official trailer below.

John Cusack also appears in the film, playing Wilson later on in his life, while Elizabeth Banks has been cast as Wilson’s second wife, Melinda, and Paul Giamatti as his longtime therapist, Dr. Eugene Landy. The film is due to hit theaters on June 5th.