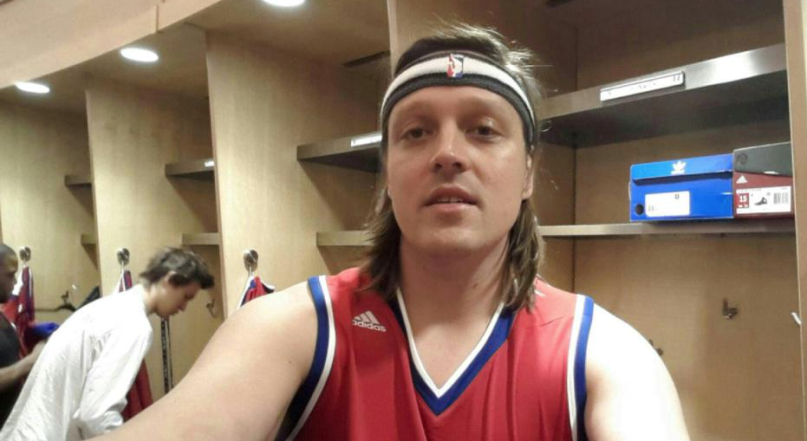 Arcade Fire frontman Win Butler got to show off his legendary basketball skills at the NBA All-Star Celebrity Game, which was held Friday night at the Barclays Center in Brooklyn. The 6’4″ power forward helped lead his team to a 59-51 victory, finishing the game with eight points and 12 rebounds.

Watch one of Butler’s (many) highlights:

Other participants in the game included Little League phenom Mo’ne Davis, Common, Sarah Silverman, Nick Cannon, and Kevin Hart, who was awarded the game’s MVP. However, according to Will Butler, his brother was robbed.

Kanye, you have to fix this #MVP thing. They have to respect the artistry #WinButler #CelebrityAllStarGame