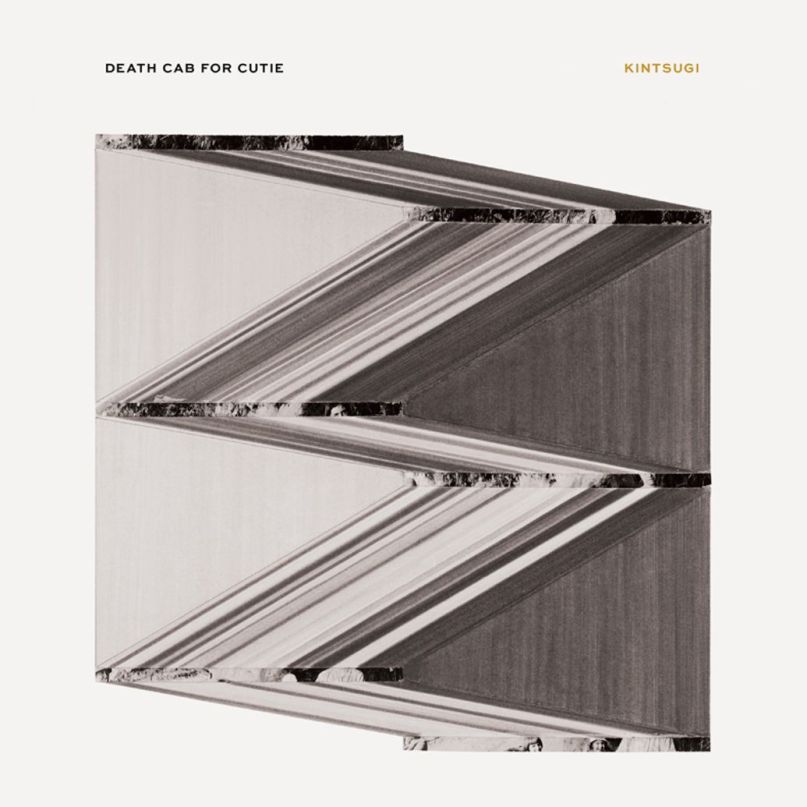 One of the downsides to 2015’s otherwise strong first quarter has been witnessing the creative decline of some of indie rock’s longest running institutions. From The Decemberists to Modest Mouse to Belle and Sebastian, bands that had long been titans of emotionally direct and intellectually challenging rock music showed varying elements of fatigue, all achieving or matching the least celebrated albums of their career.

That Bellingham, Washington’s Death Cab for Cutie should join this list isn’t surprising. Unlike the short list of bands above (with only Belle remaining indie in the literal sense), Death Cab has never released a stone-cold classic album. Where Modest Mouse’s career is cluttered with canon fodder, Belle will always have If You’re Feeling Sinister to look back at, and The Decemberists’ first four albums are all iconic, Death Cab has instead shuffled its great moments across its career. Even the band’s most beloved album, 2003’s Transatlanticism, is hardly held as a classic by anyone outside the former O.C. fan demographic that loves Death Cab more for nostalgic reasons than for critical ones.

If we’re going to be honest, DCFC frontman Ben Gibbard’s most beloved album isn’t even with Death Cab, but The Postal Service. And wingman Chris Walla, playing with the band for presumably the last time on this record and not in the role of producer for the first time on a Death Cab album, also might call Give Up the best album he’s contributed to, with The Decemberists’ Picaresque and Tegan and Sara’s The Con, which he produced, both holding stronger front-to-back moments than any Death Cab album.

With this in mind, why does Death Cab for Cutie get held in such reverence? Maybe it is because the four-piece band knows the power of the song, and has strewn plenty of hits in their back catalog, where Gibbard’s unadorned words and straight-ahead songwriting encapsulate everything it means to be young and to love and to hurt and to feel. When Gibbard repeated the line “I need you so much closer” in 2003, he could be talking to a love across the ocean, or we could be talking to each other, each one of us mourning the physics and geography that keeps us from connecting.

In 2015, the obstacles for connection are greater than ever, and Death Cab is more concerned with embracing the damage of separation than trying to hold things together. Kintsugi, the band’s eighth album, takes its title from the Japanese art of restoring pottery with gold to celebrate flaws as part of an object’s history. With Gibbard newly single after his divorce from TV and music star Zooey Deschanel, and Walla having announced several months before the release that he was leaving to pursue his own interests, it would seem like Death Cab for Cutie has reached a new point as both a band and as individuals. The repairs aren’t veiled. Kintsugi bears the makings of a great album, if Death Cab for Cutie made great albums.

Instead, Kintsugi is a very Death Cab for Cutie album. There are moments of radio-ready bliss, a few songs with lyrics that slowly become affecting, a handful of forgettable diversions, and some expected trite, misguided nonsense. Gibbard never swings hard enough to strike out completely, with occasionally unfortunate production balanced by warm melodies, one of Gibbard’s greatest strengths as a musician.

“No Room in Frame” opens the album with its best song, based around a chugging locomotive rhythm. Its title stops just short of the completion of the line that says there is “no room in frame for two,” labeling the song a breakup number directly about Gibbard’s ex-wife. It’s slightly unrelatable in its specificity, but the album is a testament to writing what you know, and when Gibbard sticks to specific and personal lyrics, he is at his best.

When he doesn’t, Gibbard struggles not to drift into cliche. Perhaps the worst of this comes on album closer “Binary Sea”, which literally opens with a half-baked metaphor about Atlas realizing the world was smaller than the one he carried on his back. But even this isn’t as bad as production cliches go; the big alt-single attempt “The Ghosts of Beverly Drive” features a whipping hand-clap percussion trigger in the chorus familiar enough to make you think Gibbard could start singing “I’ll be there for you!” while Chandler and Phoebe play in a fountain.

Sure, Death Cab has never been an “album” band, but never before have they sounded so out of step with their past selves. The bare bones, mid-album retreat of “You’ve Haunted Me All Your Life” and “Hold No Guns” is a welcome change of pace when juxtaposed with the synth-led cheese-ball power ballad “Everything’s a Ceiling” and the goofy four-on-the-floor disco of “Good Help (Is So Hard to Find)”. When Gibbard sings, “When you’re so far beneath the floor, everything’s a ceiling,” the audience might as well laugh uncomfortably and share awkward sideways glances.

There is some solace to take from the album, though, and it is the deeply personal kind. Gibbard spoke quite candidly about getting sober a few years back, and by all that is visible to the public, he’s a happier person than he once was. The band is also working together like never before, with Gibbard telling Stereogum that “the only frustration we ever had with [producer Rich Costey] was that he would always make us solve the problems.” Walla is also off doing what he truly wants and not what he feels tied to. This personal growth all shows in the album’s strongest moments, like single “Black Sun” and the somber, forward momentum builder “Little Wanderer”. These aren’t necessarily reflections of happiness, but the results of learning how to cope, of maturity, and taking life’s struggles and making something positive out of them.

Even here with what is likely the worst album of their career, Death Cab’s mistakes seem like easy fixes: The band just needs to keep things simple, to stop overthinking. And maybe this puts the band in the best position among their peers. They’ve never needed a classic album to remain lovable; they’re charming in both their highs and their lows; and their flaws and faults are acceptable because they are all part of a rich history.