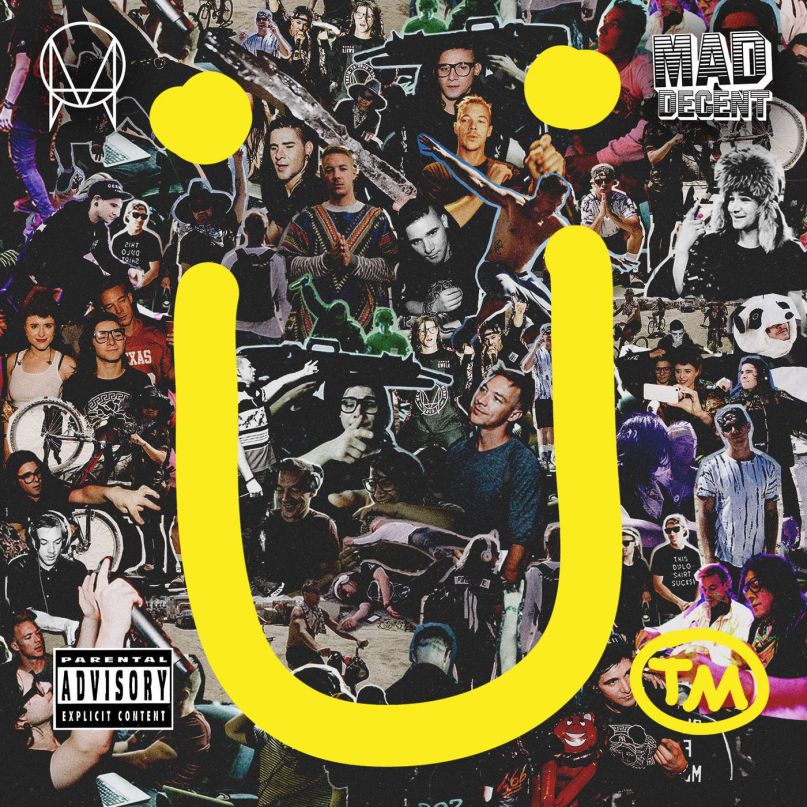 Before unearthing some of the most Mad Decent sounds, scenes, and characters from across the globe, Diplo was paying the bills as a school teacher in Philadelphia. The master-selector has left the classroom, but his unorthodox skills as a mentor never subsided. And even though his Jack Ü collaborator Skrillex was the impetus for many fans and producers to throw themselves into blistering EDM beats circa 2010, the man born Sonny Moore has never ceased to find new ways to refine his own craft. Each prognosticator’s discography and personal brand has grown since the two landed on the cover of Billboard together (along with A-Trak) in February 2012, but their ethos remains unaltered for their debut Jack Ü collaboration: Just get the kids to lose their minds.

There is a revitalized movement in 2015 to move away from the fist-pumping electronics of festival main stages, but Jack Ü doesn’t care. Aside from the playful opener “Don’t Do Drugs Just Take Some Jack Ü”, where each producer takes a turn spouting some nonsense into a vocoder, the remaining tracks are all intended to be mid-set scorchers. Some producers refer to such songs as their “secret weapon,” but since all of these tracks already have more than 600,000 listens on SoundCloud, there isn’t much secrecy left.

Understanding that these songs will receive innumerable remixes, the duo lined the album with recognizable features ranging from soca artist Bunji Garlin (“Jungle Bae”) to Justin Bieber (“Where Are Ü Now”). While “Febreze”, featuring 2 Chainz, is now a speaker-rattling festival trap anthem, this beast could morph into some moombahton manifesto after enough passes through Dropbox. For a great example of this transformation, skip from track three, “Take Ü There” with Kiesza, to the Missy Elliott remix that closes out the album.

While the majority of these names are intended to cross-pollinate the EDM and pop realms, “Holla Out” (featuring Snails and Taranchyla) spotlights two up-and-comers that know how to balance between shimmery house bliss and bulbous Southern hip-hop low end. Skrillex even adds a special element to the Kai-featuring “Mind”: For the first time in his discography, he exposes his distortion-free vocals for a relatively emotional hook.

This album isn’t one that Skrillex and Diplo likely lost any sleep over. It’s a well-conceived marketing tool as the pair roll into this year’s festival season, and its consumption should be equally effortless: Grab a few friends, turn it up, and get lost.