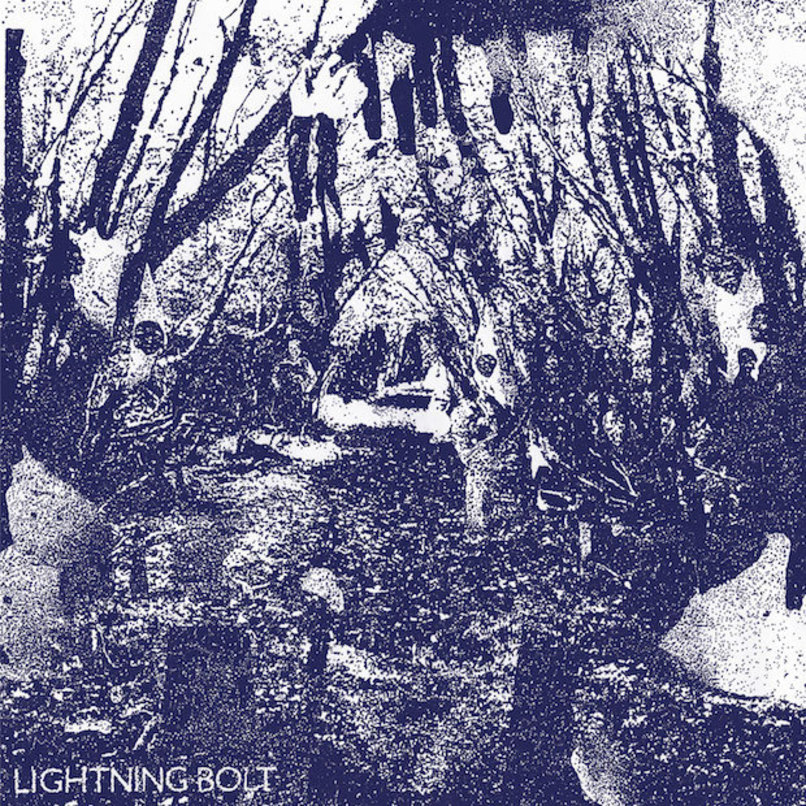 The two Brians of noise rock mainstays Lightning Bolt — bassist Gibson and drummer Chippendale — have played the majority of their shows over the past 20 years in the middle of the crowd, on the floor rather than on a stage. Up until now, their albums have always felt like standing in the sixth or seventh wave out from the duo: The music was still powerful as hell (and loud), but the surrounding frenzy pushed in on the edges. But there was a sweet spot, something more metaphysical than a spot amid the throng, where the method to the madness crystallized, where the intricate details of every massive riff, jigsaw rhythm, and, yes, even sometimes Chippendale’s heavily affected vocals grew illuminated and clear.

On their first collection of brand-new material since 2009’s Earthly Delights, Lightning Bolt have come the closest they ever have to reproducing that sweet spot. Fantasy Empire finds the duo moving labels — from local noise purveyors Load Records to indie heavyweights Thrill Jockey — and with that move comes an embrace of far clearer production.

Drop that news on any Lightning Bolt fan 10 years ago and they might laugh in your face. (Don’t even think about mentioning the fact that the album stream debuted on NPR‘s website.) It’s still kind of shocking; while they’ve established themselves as bona fide pillars of noise rock for two decades, they’ve always been more pirate radio than public radio. Despite the potential Fresh Air crossover and sonic upgrades on Fantasy Empire, that edge remains. Rather than a constant pummel, though, the clarity highlights the push-and-pull and rise-and-fall within their compositions, the grinning teeth visible between limb flails. Opener “The Metal East” baits the trap nicely with 20 seconds of burnt electronic frizzle, only to have that seemingly formless twitch echoed tunefully by Gibson’s dexterous, distorted bass. The track rampages through Chippendale’s mask-mic, his lyrics still muffled and largely indiscernible, but somehow clearly conveying something more than singsong nonsense over the instrumental.

More than anything else, Fantasy Empire should prove to skeptics just how skillful these two are at their instruments. While fans surely defended their chops to friends not used to the raw volume of their Load releases, their Thrill Jockey debut should prove (slightly) more approachable. This is particularly true when it comes to Gibson, the places where the waves of fuzz and blistering tones overlap and meet more visible. The middle section of “Mythmaster” is downright danceable, Chippendale shifting from a drum circle thump to a smooth shimmy. The explosive “Dream Genie” layers electronic noise and delayed vocal fade, but Gibson’s customized bass (outfitted with banjo strings on the high end) transitions through octaves of precision riffage to guide things through the brutal fog. The genre touchstones are more visible as well, whether that’s grimy punk on “Snow White (& the 7 Dwarves Fans)”, prog on “Runaway Train”, or metal and blues on “Horsepower”.

“We try to keep it primal. There were drums before there were words,” Chippendale noted in a recent Aux.Out. piece, explaining his lack of interest in moving into “the world of storytelling.” In clearing up their recordings, they chose to leave his vocals in a relative lo-fi fur, but to say that these songs lack story would be misleading. It’s just a more instinctive sort of storytelling than a linguistic one, the drummer’s wails clearly frustrated and prodding on some tracks, pained and lashing out elsewhere. The title of “Over the River and Through the Woods” plays at some fertile childhood memories, but this is more of a dark mirror version of the journey, staccato yelps blurring out into feedback as they charge through the forest. On “The Metal East”, Chippendale’s shouts recall an organizer leading a protest, and on “King of My World”, his hoots and barks are those of the deranged jester. Singing along to this album is easier than it is with, say, Hypermagic Mountain, but that still doesn’t mean I definitively know a word of it.

The Brians clearly needed a change in their approach, and they boldly chose to lay their formula bare in a way they never have before. Luckily, that formula has always been incredibly strong, and no amount of shining up their sound will change that. Even when they tweak the onslaught, as on the brief VHS tracking interlude of “Leave the Lantern Lit”, they’re connecting to something deep within the listener, something beyond words; primal doesn’t always have to be Cro-Magnon skull-busting. Closer “Snow White” further displays their versatile understanding of that fact, plummeting through high-end airiness into a deconstructed metal splat. Fantasy Empire will reward longtime listeners and draw in new fans simultaneously, a heady accomplishment for a couple of dudes bashing away at their instruments.