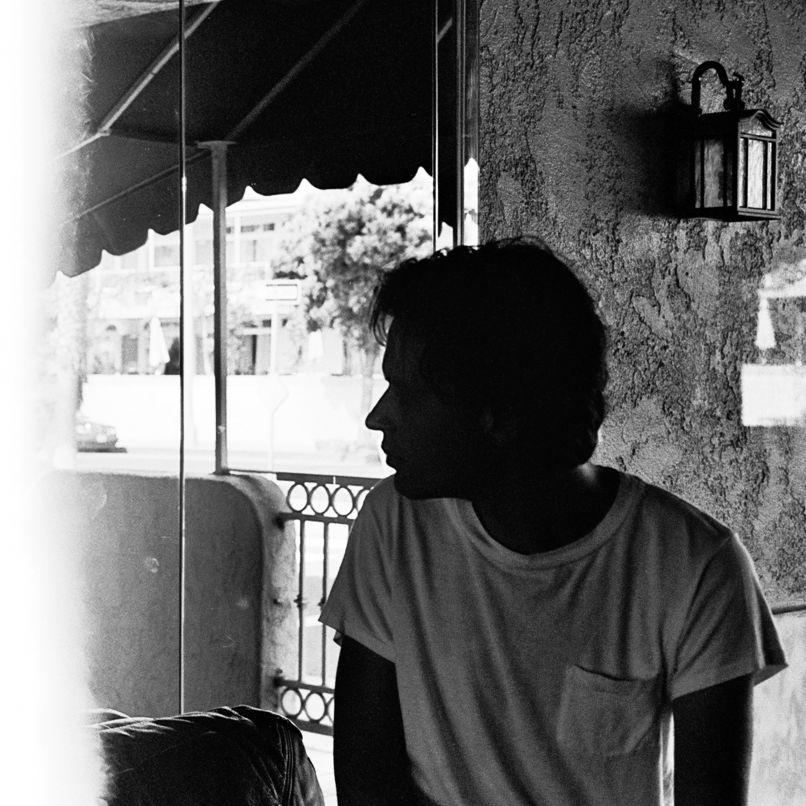 Nicholas Krgovich isn’t the first musician to record a stripped-down version of an already released album, but he might be the artist who’s benefitted from it the most. That’s not to say last year’s On Sunset was a bad record by any means. Rife with golden age horns, cocktail congas, and multilayered vocal tracks, composer Stefan Udell’s arrangements evoked the orange-dusted hills of Los Angeles in the most cinematic way possible. But they also buried the small-hour loneliness of Krgovich’s lyrics.

On Cahuega, however, pushes this isolation to the forefront by doing away with everything except a Rhodes electric piano and Krgovich’s own voice, which fluctuates between half-timid R&B and half-wild crooning depending on the song. On “Cosmic Vision”, for example, he pushes himself into head-voice territory as he realizes a relationship will never evolve past casual sex. Things get more ominous on “The Mansion”, where — taking on the persona of an aging star — he remembers the wild nights of old Hollywood, the piano recalling any number of ’70s soap operas as its high notes hang in the air to die.

And that’s one of On Cahuenga‘s greatest tricks: Krgovich no longer gets in on the party. Whereas most great albums about LA nightlife see the narrator indulging in hedonism (even if they’re critiquing it), he manages to stay on the outskirts of pretty much every depressing event. When he attends another frozen-in-time mansion celebration on opener “The Backlot”, he can’t wait to drive off to a park where you can see a movie studio bordering a cemetery.

All this talk of dead-in-the-water romance and Hollywood decay is decidedly mopey. But there’s a big difference between mopery and melodrama, the latter of which Krgovich never spirals into since his stories largely frame him as an observer, not a participant. It also helps that the entire album was recorded live to tape, allowing a fog of intimate sounds to breathe through the speakers. The creak of Krgovich shifting on his piano bench, the rap of the keys pressing softly on the instrument’s rim, the rustle of sheet-music turning — they all create a sonic warmth that keeps any sad bastard-isms at bay. If there were more instruments on On Cahuenga, you might even call it coke rock. Only without the coke.

Previous Story
What We Learned from Bonnaroo’s Reddit AMA
Next Story
Album Review: Lieutenant – If I Kill This Thing We’re All Going to Eat for a Week
Popular
More Stories
[fu-upload-form form_layout="media" title="Submit Your Photo"][input type="hidden" name="ugc" value="1"][/fu-upload-form]