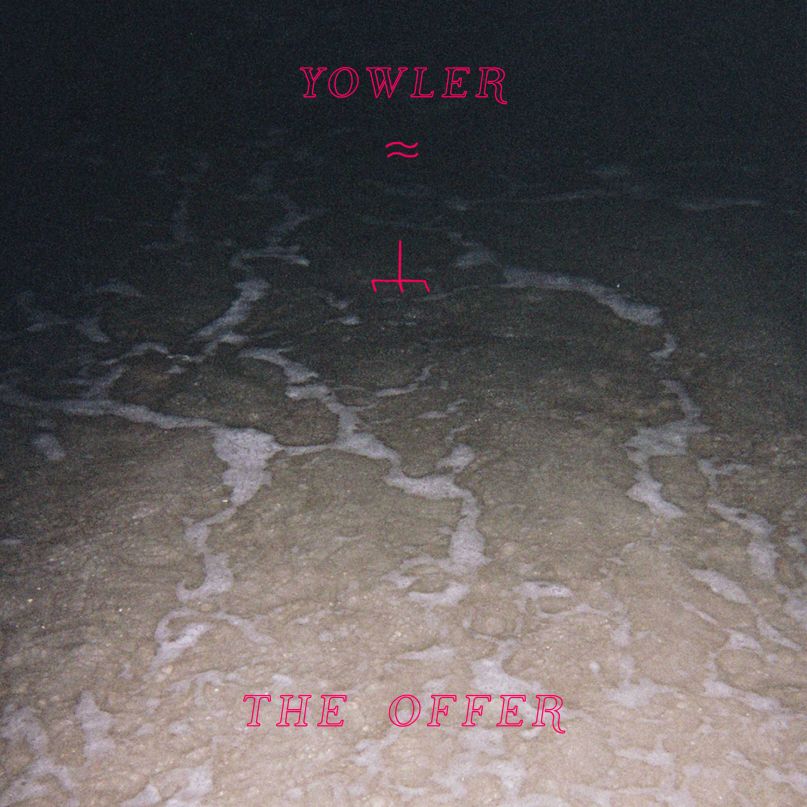 As the frontwoman for pop punk outfit All Dogs and a contributor to folk rock outfit Saintseneca, Maryn Jones is a captivating figure, providing bright-edged leads or tender, tuneful harmonies. With the solo project Yowler, she explores icier territories, the shadowy corners of her bedroom and her brain.

Her official debut under this moniker, The Offer at times recalls airy, reverb-laden atmospheric work like that of Grouper, but with discernible lyrics pushed to the front of the mix: a sort of bare-bones, fog-wracked Phil Elverum. Those lyrics span from plainspoken admissions of insecurity and pain (“I am in the bathroom/ And I am already done for/ For the next few days,” on “In the Bathroom”) to more existential, ethereal concerns (“The shadow, my shadow I can’t see/ Still figure suspended behind me,” on the haunting title track). Jones sings them all with the same direct honesty.

Though very brief, less than half an hour, The Offer burns down like a candle in a dark room. The last fragile flickers are as compelling as the brightest burn. The crackling “7 Towers” builds and breaks apart like the structures of its title in the chorus, while “Water” ripples and flows at a consistent pace.

Yowler digs deep into Jones’ brain, revealing incredibly personal verses, but that doesn’t mean the album is small in scope. “7 Towers” feels grounded in a breakup or a fight (“Put the hurt on me, gave you everything,” the song opens), but as she claws through the pain, she reaches a cinematic climax: she moves from a “rock-salted ledge” to a place where “blood and water runs into dirty streets of sadder offerings.”

The Offer is an incredibly poetic album, and that’s not just true of its lyrics; the finger-scrapes on the acoustic fretboard in “In the Bathroom” or “The Offer” punctuate her words like line breaks. Like contemporary poetry, Yowler might not have the broad appeal of something like All Dogs, but those that do connect will feel their minds cracked open alongside Jones’.

Essential Tracks: “The Offer”, “7 Towers”, and “In the Bathroom”