Chicago MC offers up a moving performance as Victor, a man who wants to end his life 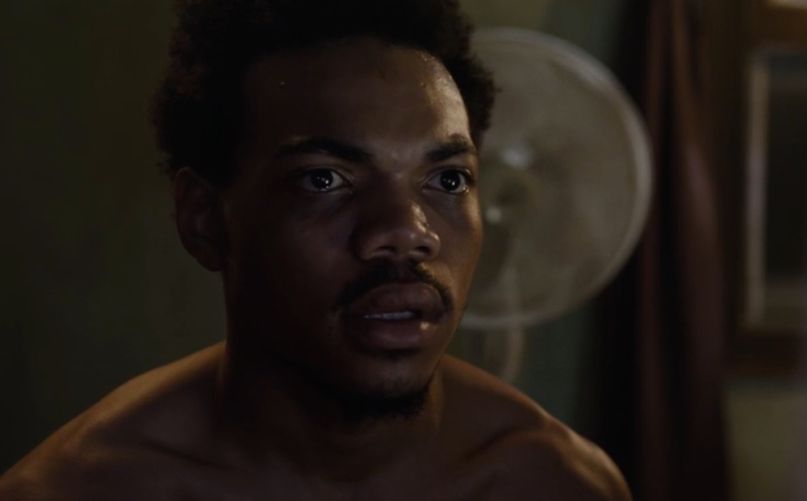 We already knew Chance the Rapper can command the mic better than most of his peers, but his latest project has us thinking he might one day be able to call himself Chance the Actor. This week, the Acid Rap MC takes a spin in the actor’s chair, starring in Mr. Happy, a new short film directed by Collin Tilley (Lil Wayne, Justin Timberlake).

In it, Chance plays the role of Victor, a guy who’s so down on his luck and deeply unsatisfied by his present circumstances that he decides to end his life. However, rather than commit suicide, he hires a hit-man through a website dubbed — wait for — Mr. Happy. When the designated “hit” time draws near, though, Victor is torn up, feeling hints of regret over his decision. If you thought you knew the extent of Chance’s emotional depth, just wait till you see him here — his performance is moving. Watch below.

In an interview about the film , Tilley spoke about how he came to befriend the “really special” Chicago MC:

I met Chance on a video that I was directing for Justin Bieber. We were shooting Chance’s part and we got to hang out all day and got into some really cool conversations. Chance is like one of the most down-to-earth people I’ve ever met and right away I was like, This dude is really special. We talked about film and he was telling me how he wanted to get more involved in it. Crazily enough, he had a lot of the same taste in weird movies as I do. A couple days later I get pitched this idea for Mr. Happy. After getting together with my friends who wrote it—Steve Mcclean and David Singer-Vine—I sent it to Chance, he loved it. After trying to find a consecutive five days in his whirlwind of a schedule we figured it out and shot the movie.

In addition to his new album, Chance is collaborating with the Social Experiment on a forthcoming LP titled Surf.