Chic premieres new single “I’ll Be There” and video — watch

Taken from It's About Time, the iconic disco group's first new album in 23 years 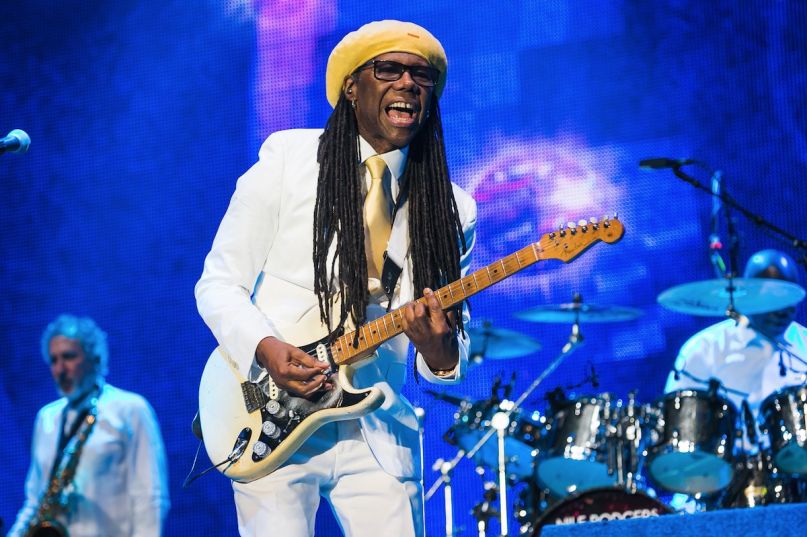 This June, disco legends Chic are set to return with their first new album in 23 years. Aptly titled It’s About Time, the long-awaited LP serves as the band’s eighth to date and follows 1992’s Chic-ism.

According to lead guitarist Nile Rodgers, it was partially inspired by tapes filled with unfinished Chic material which he received back in 2010, noting that listening to them made him feel as though he “had gone back in time.” The album’s themes also drew on personal events in his own life. “Four years ago I was stricken with very aggressive cancer and I wasn’t sure how much time I had left,” the Daft Punk collaborator wrote on his website. “I decided the album’s concept would be about time and I’d feature as many people from the lifespan of CHIC that I could on it.”

In anticipation, Chic’s unveiled the album’s first single in “I’ll Be There”. The group specifically chose to release it today, March 20th, because of the “vernal equinox — when day and night are of equal length”, Rodgers explained. “But in parts of the Northern Hemisphere, there will also be a total solar eclipse… so I’ll be releasing the record at the exact start of that celestial event, in the country and city where they set Greenwich Mean Time – London, England.”

A video for the song, directed by Inez & Vinoodh (Björk, Lady Gaga) and starring supermodel Karlie Kloss is expected to premiere shortly. Update: Watch it below.