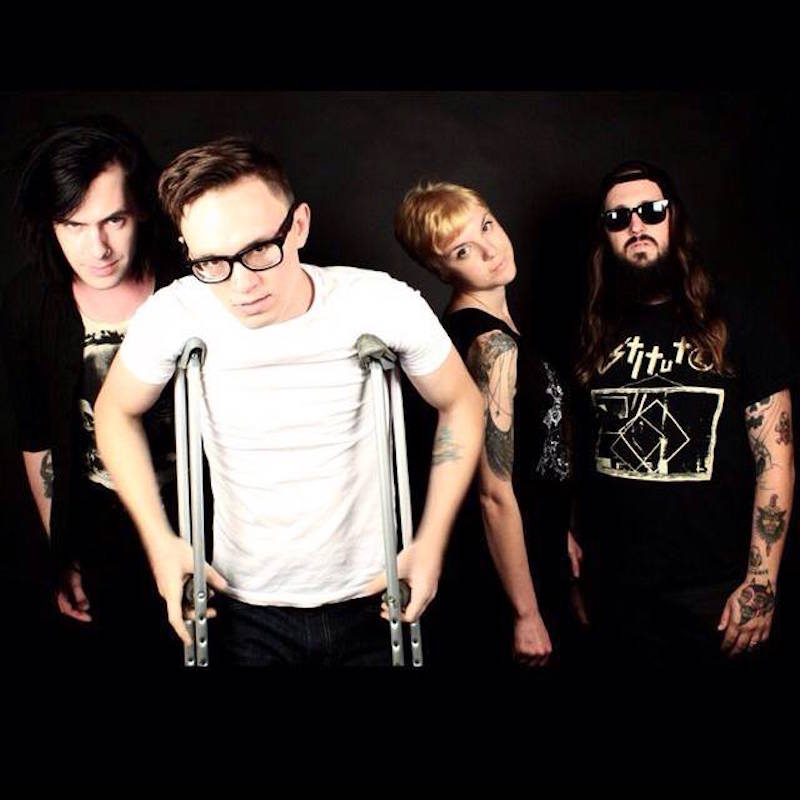 On June 23rd, Philly four-piece Creepoid will release its third studio album, Cemetery Highrise Slum, through Geoff Rickly’s Collect Records. The follow-up to last year’s self-titled LP was produced and mixed by Peter Mavrogeorgis (The National, Sharon Van Etten) at Dollhouse Studios in Savannah, Georgia. According to a press release, Cemetery sees the indie rockers continuing to explore their gloomy roots, in particular their “own tenuous mortality, our personal struggles and our individual shortcomings as human beings.”

As a preview, Creepoid has let “American Smile”, a gruff and grunge-y song that succinctly captures the record’s dark themes. “Its chorus contains the words ‘cemetery highrise slum’,” noted singer Sean Miller. “We chose that phrase for the title of our album because we felt it best encapsulates how we see our own abject reality.” Listen in below.

In support of the LP, Creepoid will tour the US on a spring tour alongside A Place To Bury Strangers. Consult the full itinerary.