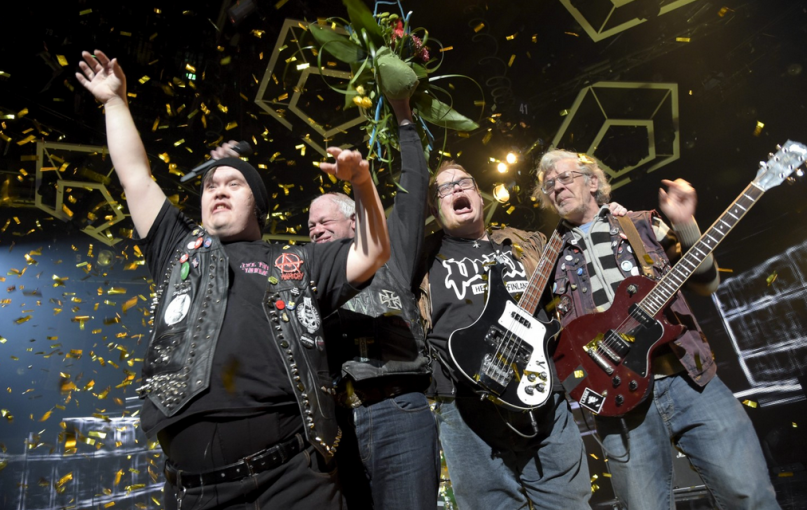 Pertti Kurikan Nimipäivät, the Finnish punk band whose four members have learning disabilities including autism and Down syndrome, will represent Finland in the 2015 edition of Eurovision.

The band qualified Saturday night after performing their song “Aina mun pitää”. They’ve advanced to the semi-finals of Eurovision, which takes place May 19th and 21st. The finale is set for May 23rd.

Watch our recent interview with PKN in which they discuss their participation in Eurovision in addition to their origins, the challenges of their disabilities, and the reception they’ve received from the punk community.