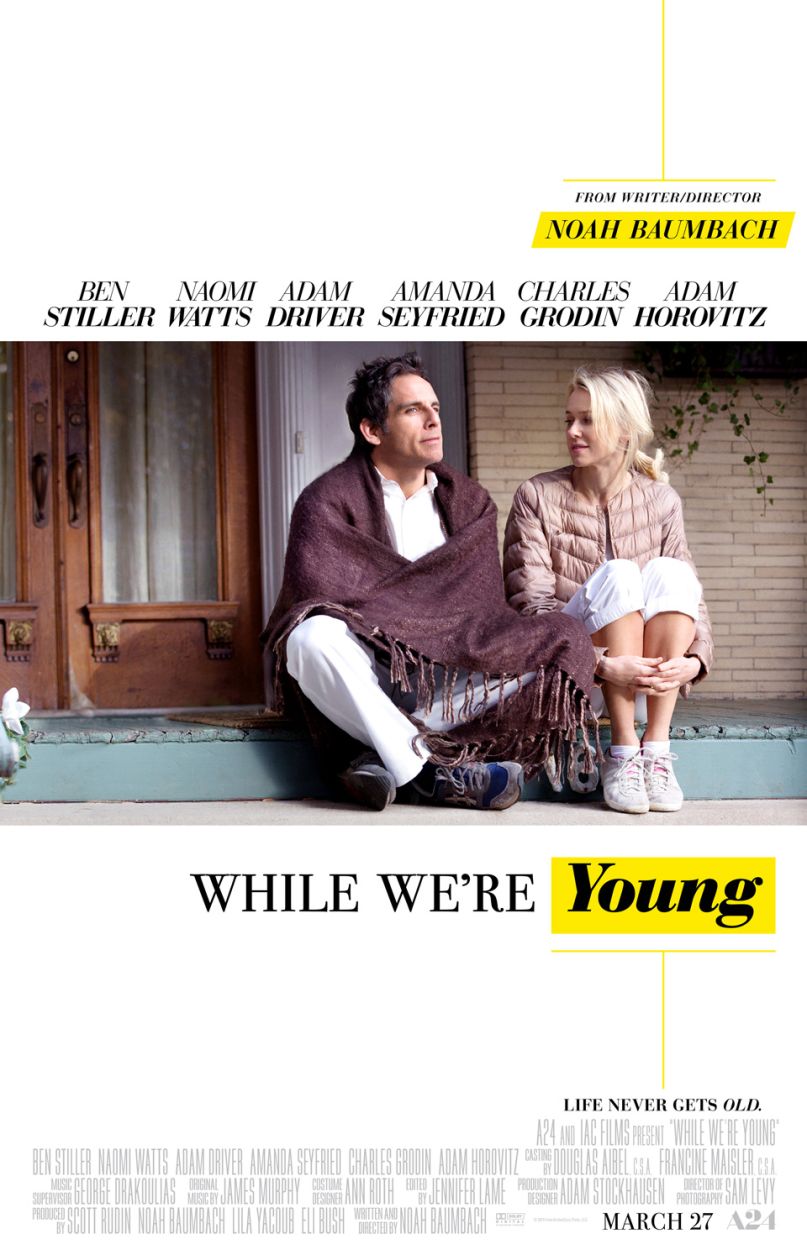 Noah Baumbach wrote and directed Kicking and Screaming when he was 26, and his youth played no small part in how human and relatable that film’s pack of post-college rascals came to be. Artists are almost always best attuned to the culture, mannerisms, and ennui of those their own age. It’s why Kids, a movie about kids, is so good: Harmony Korine was 22 when he wrote the script. It’s why Amour, a movie about seniors, is so good: Michael Haneke was 70 when he wrote the script. It’s some kind of surprise, then, that at 45, Baumbach is still every bit as good at dramatizing the cocky, aimless 20s, especially considering how the sect has evolved since 1995.

It probably helps that he’s dating someone not far gone from that age: Greta Gerwig, the star of his delightful 2012 indie Frances Ha, embodies the modern millennial like no other in Hollywood. Still, it’s impressive the level of nuance and insight Baumbach has into modern youth; lesser filmmakers would fall back on the ‘ol “these kids with their Twitters and Facebooks” attitude of our nation’s Billy Crystals. But in While We’re Young, it’s the adults attached to their mobile devices and the twentysomethings hoarding vinyl and VHS tapes. Throwback culture is real, and Baumbach’s attentiveness to it immediately gives this film credibility in the generational interweave at its core.

In While We’re Young, these twentysomethings are Jamie and Darby (Adam Driver and Amanda Seyfried), two impossibly charismatic New Yorkers who own chickens, make their own ice cream, and listen to “Eye of the Tiger” ironically (“I remember when this song was just bad,” retorts one character). But despite the nuance and care put into their characters, this is not Kicking and Screaming, and Jamie and Darby exist through the lens of Josh (Ben Stiller) and Cornelia (Naomi Watts), a childless fortysomething couple who meet cute with the younger couple. A budding friendship forms, resulting in a new fedora for Josh, hip-hop dance classes for Cornelia, and the couple’s hope that the spontaneity of youth isn’t as far gone as they’d feared.

There’s comedy in the premise, and it’s important to note that While We’re Young is first and foremost a comedy. But Baumbach’s too good a writer and filmmaker to let the film center solely on the salvation a vanilla couple finds in this pair of fresh New York hipsters. Rather, it delves deeper, uncomfortably so, until neither couple comes to resemble the labels we’ve placed on them from moment one. And as with every Baumbach film, While We’re Young subverts and exploits the audience’s desire to find heroes and villains in its narrative. Sometimes, the film argues, what we perceive to be villainy is simply youth, and what we perceive to be wisdom is actually narcissism.

Narcissism, in fact, pervades the film, just as it does Baumbach’s The Squid and the Whale and Greenberg. Baumbach’s protagonists are almost exclusively self-involved, but he takes it further in While We’re Young, examining the narcissism inherent to our friendships, our careers, and our children. “I love my child,” says one character, “but I’m still the most important person in my life.” The generational gap between its protagonists allow the film to dissect how narcissism evolves with age, from exploitation to self-preservation. Youth can be cruel, and adulthood can be desperate.

Stiller and Watts turn in entertaining performances, though Stiller comes nowhere near the thorny transcendence he achieved in Greenberg, if only because Josh’s non-threatening, suburban countenance isn’t a far cry from the actor’s comfort zone. Driver and Seyfried resonate more, as their refusal to judge or wink at their characters’ more insufferable tendencies elevates them above “hipster” stereotypes and into a realm altogether unexplored in mainstream filmmaking. The supporting cast is uniformly excellent, with especially memorable turns by a sharp-tongued Charles Grodin and Adam Horovitz, a graying Beastie Boy who’s here to remind you that yes, you are old.

While We’re Young functions on several levels. It’s a comedy, at times a broad one that indulges in wacky dances and high-larious injuries that happen during hip-hop montages. But it’s also a character study that touches on inevitable fears: of relevancy, of parenthood, of the generations that will outlive us. In While We’re Young, millennials merge with Generation X and emerge conflicted, but enlightened.