Gaye's estate is to be awarded $7.3 million 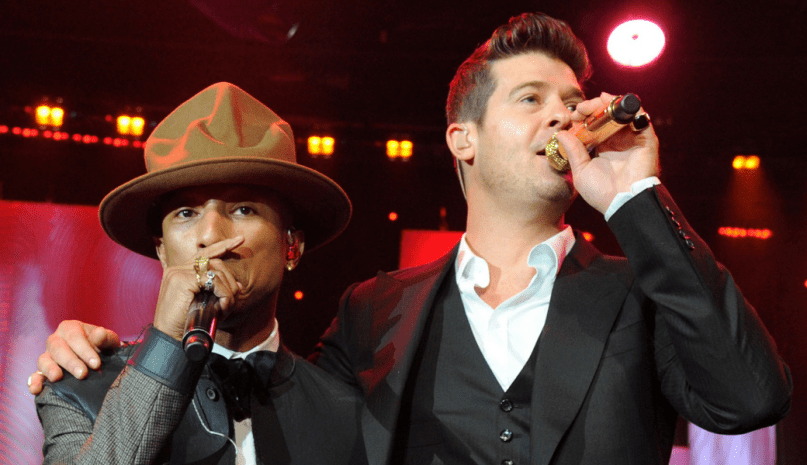 Robin Thicke and Pharrell Williams have been ordered to pay $7.3 million dollars in damages to Marvin Gaye’s estate after losing a copyright infringement trial. A jury has found the music duo guilty of copying Gaye’s 1977 hit “Got to Give It Up” for their 2013 smash hit “Blurred Lines”.

The verdict was handed down by an eight-person jury following a week-long trial. The ruling comes after nearly two years of legal drama, including Thicke’s last-ditch efforts to pin the blame on Williams. During the proceedings, Thicke reportedly sang a selection of songs by the likes of U2, The Beatles, and Michael Jackson from the witness stand in order to illustrate how tracks could have similar chord progressions and yet still sound different. To counter those claims, prosecutors brought up numerous interviews in which Thicke and Williams mention Gaye directly, including several where Thicke specifically cited “Got to Give It Up” and Williams claimed he was “trying to pretend” he was the Motown legend as he wrote the track.

For his part, Williams was asked to perform the bass line from both songs during the trial, after which he admitted there was a similarity when played side-by-side. Still, Williams attempted to argue that the songs shared “vibe,” and that “Blurred Lines” was not a direct copy. “The last thing you want to do as a creator is take something of someone else’s when you love him,” he was quoted as saying.

Update: Thicke, Pharrell, and T.I. have issued a statement:

While we respect the judicial process, we are extremely disappointed in the ruling made today, which sets a horrible precedent for music and creativity going forward.  Blurred Lines was created from the heart and minds of Pharrell, Robin and T.I. and not taken from anyone or anywhere else. We are reviewing the decision, considering our options and you will hear more from us soon about this matter.

The jury clearly disagreed. T.I. and Star Trak/Interscope records were found harmless, and will not be part of the $7.3 million payment. Of course, this is just the latest instance involving music copyright infringement; in January, Tom Petty was awarded songwriting royalties for Sam Smith’s “Stay With Me”, a song that bears a striking resemblance to Petty’s own 1989 classic “I Won’t Back Down”.

Below, watch a video that compares both “Blurred Lines” and “Got To Give It Up”.