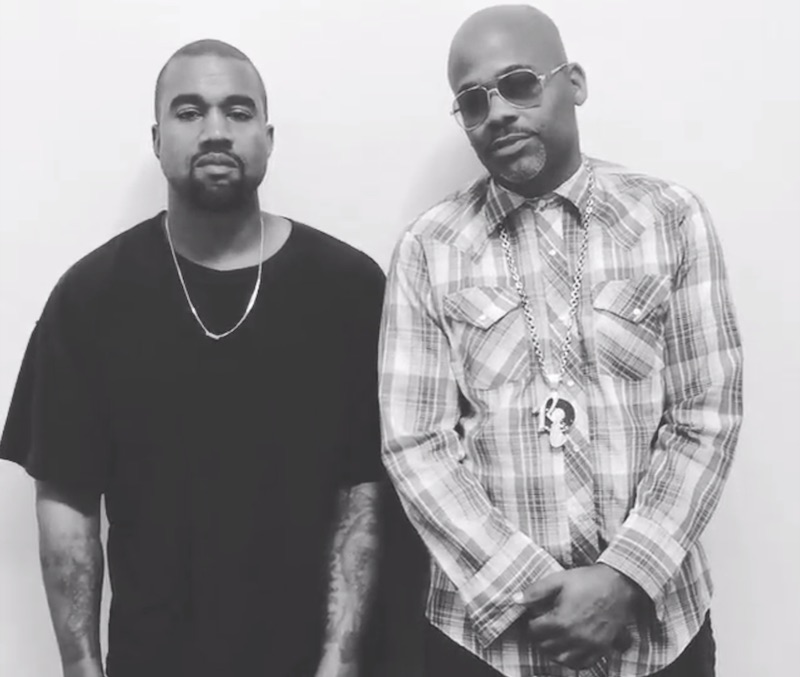 Kanye West has taken his fashion prowess to the next level: He and Dame Dash have officially purchased online streetwear retailer Karmaloop.com. The news was announced this afternoon via Dame’s Instagram.

“Board meeting had to go over some @damondashstudios biz showed him @loisaidas and @toohonorable_ddstudios got the thumbs up and yeah the Karmaloop thing is real,” Dash wrote. “this is exactly how I saw things 10 years ago and he’s doing some shit that even I couldn’t do but it’s not my place to speak on it…but let’s just say iam proud as fuck…that’s the way it’s supposed to be…the younger dudes are supposed to be better then us…that’s what we fight for #honaorablepeoplesticktogether”

Karmaloop was forced to file for bankruptcy earlier this week, despite having carved out a strong following within the streetwear community since its launch in 2000. The acquisition has presumably saved the company from shuttering its doors. Some are dubbing Kanye and Dame’s joint venture as “Dash West Studios”.

Dame infamously signed Kanye to Roc-a-Fella Records in 2000, but the two had a falling out after Kanye sided with Jay Z when the label split in late 2004. The two reconciled only recently. In addition to Karmaloop, they’ve teamed up executive produce Loisaidas, a new film set in Harlem, New York.

Below, check out clips of Kanye and Dash announcing the business deal.