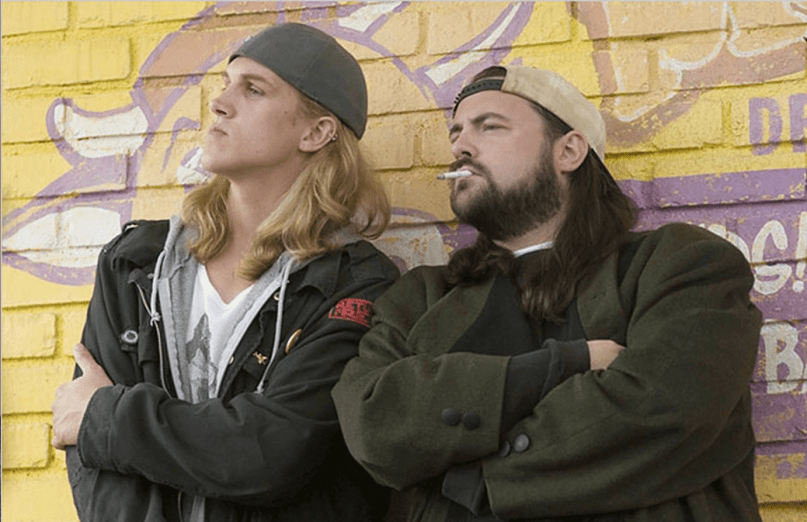 Kevin Smith will wax nostalgia in the coming months as he begins work on a third Clerks film and sequel to 1995’s Mallrats.

Filming for Clerks III will take place in Philadelphia beginning in May. Jason Mewes and Smith will reprise their roles as Jay and Silent Bob, respectively. Rosario Dawson, Brian O’Halloran, Jeff Anderson, and Marilyn Ghigliotti will also return.

Meanwhile, work for Mallrats 2 will begin in 2016. “It’s half scripted right now and we’re pulling our loot together,” Smith told Tucson radio station Rock 102 KFMA this week. “We’ve got up until the beginning of 2016. By the time we get to May 2016, we’re going to be shooting.”

The idea for Mallrats 2 “kind of came out of nowhere,” Smith explained. “Lately I’ve been doing this thing where I’m like ‘Do you want to do what’s good for your career or do you just want to have fun?’ Nobody’s clamoring for a Mallrats sequel, but I would love to make one. It’s been like 20 years.”

Smith is also working on a hockey film called Hit Someone and another horror film in the vein of his critically acclaimed 2014 project Tusk called Moose Jaws.

Smith had originally intended to retire following the release of Clerks III, but he said the unexpected success of Tusk has rejuvenated him creatively.