Kurt Vile confirms work on new album, which will feature his “best song ever” 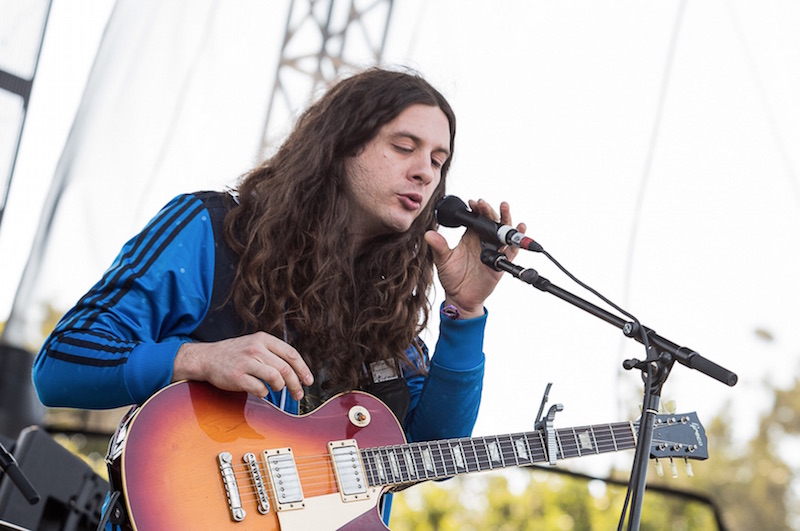 Kurt Vile has been hard at work on his new album, the follow-up to 2013’s excellent Wakin on a Pretty Daze. In a new interview, the Philly indie rocker offers an update on the cross-country recording process thus far, as well as details what he believes is the best song he’s ever written.

For the as-yet-untitled LP, Vile’s hit studios across the US, including some in Brooklyn, Los Angeles, and Athens. He also logged eight days at Joshua Tree’s Rancho de la Luna, the famed desert studio that previously housed the likes of Foo Fighters, Arctic Monkeys, and Queens of the Stone Age. Vile doesn’t divulge any of the song titles, however, he describes his new material as “sort of dark” and “late-night”, adding that the record has “a little sad, and a little love.”

In terms of musical direction, the former War on Drugs member notes that the LP includes “the pretty finger-pickers, it’s got the electric song, it’s got piano songs, which I haven’t really had, there are banjo songs.” He adds, “It’s all over the place. Everything you can imagine I’ve done… That’s where I’m at now, that I can sort of tap into every world and make it cohesive.”

Another thing the highly-anticipated album contains? Apparently Vile’s best song ever written, which he recorded at Rancho de la Luna. He recounts the entire “magical” experience:

“At first there were definitely challenges because you want to play live but there’s only this one backroom and everything bleeds into everything else, so essentially I was just playing in this little closet room, but I recorded one of my favorite songs ever,” he says. “Everybody went to bed and I couldn’t sleep. I kept listening and then the sun came up and all of a sudden I just looked around me and I could see everything for miles and I was like, ‘Man, I just recorded my best song ever and I’m here in the middle of nowhere in the most beautiful, mystical, magical desert.'”

The forthcoming album doesn’t yet have a release date. In the meantime, revisit our interview with Vile at the Lincoln Park Zoo in Chicago.