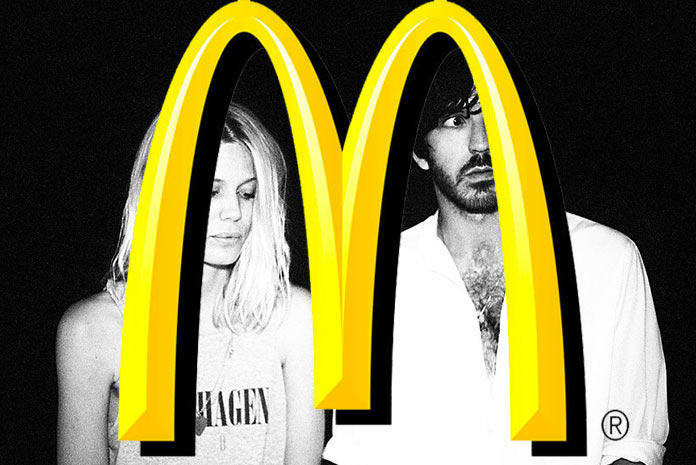 South by Southwest is a double-edged sword for bands. It’s a lot of work running from gig to gig, often having to go on without a proper soundcheck, and even more often having to play for free. And all that’s after expenses paid to actually get to and stay in Austin, Texas. (We examined all the ins-and-outs of playing the conference/festival in our cover story, “South by Southwest: Is It Worth It?”)

But despite all that, thousands of bands are still willing to play for pennies on the dollar. As bigger corporations try to stamp their brand on the event, though, the expectations for payment change. So when McDonald’s asked indie pop duo Ex Cops to play a showcase and said, “There isn’t a budget for an artist fee (unfortunately),” the band was more than a little offended.

“As of 2013, McDonalds is valued at 90.3 billion dollars,” band member Brian Harding wrote in an open letter on Facebook. After running down a list of Mickey D’s well-publicized business practices, Harding laid out what the company had offered for the band’s performance. “In lieu of being paid like a real artist, or anyone who is employed to do a service, McDonald’s assures us that we will ‘be featured on screens throughout the event, as well as POSSIBLY mentioned on McDonald’s social media accounts like Facebook (57MM likes!).'”

“It is a horrifying and gross reality when one sees the true nature of corporations and their pathetic attempts to achieve relevance with millennials,” Harding concluded. “Doritos received a lot of flack for their stage a couple years ago, but i’m going to assume they paid Lady Gaga.”

Below, read his full letter.