Off the Avenue to film in-studio sessions at SXSW, and you can be in attendance

Featuring The Zombies, The Vaccines, Mew, Diarrhea Planet, The Districts, and more 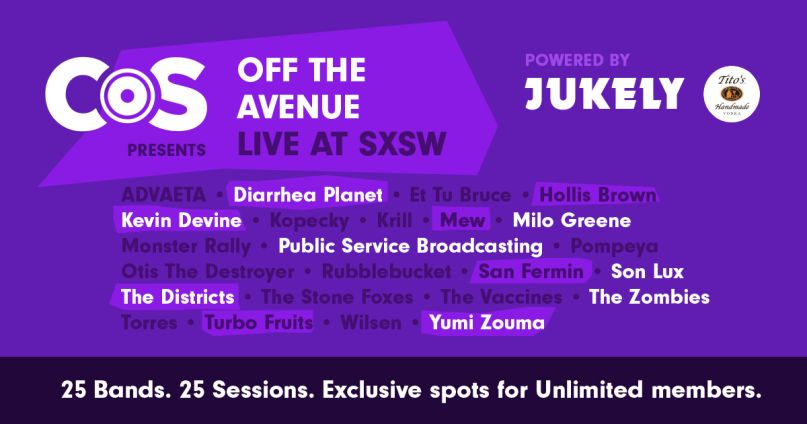 This year, Consequence of Sound, Jukely, and Tito’s Handmade Vodka are bringing Off the Avenue to South by Southwest. Over the course of a three-day span between March 19th and 21st, nearly 30 bands will visit our Austin studio to film exclusive live sessions.

Videos of every session will be streamed exclusively on CoS in the coming weeks. However, we’re opening the studio to a few select fans to experience these performances in person.

Fans can gain access to these sessions by downloading Jukely’s app and RSVPing to one of nine blocks (see below). Jukely, which gives music fans access to hundreds of concerts across the country for just $25 a month, is offering a free 7-day Unlimited subscription. Download here.