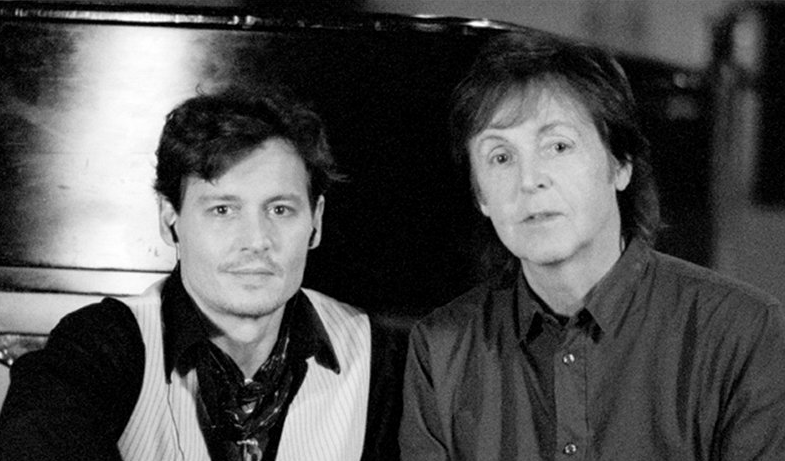 In February, Rock in Rio revealed its initial 2015 lineup and, with it, introduced the world to the existence of The Hollywood Vampires, a supergroup consisting of Johnny Depp, Alice Cooper, and Aerosmith’s Joe Perry. Besides the one date at the Brazilian festival, there wasn’t much information on the band. Now, new details have emerged about their forthcoming debut LP and plans for a tour.

Cooper and Depp founded the group last year and have been recording in LA with producer Bob Ezrin (Lou Reed, Kiss, Pink Floyd). Perry told Rolling Stone that, “The record is dedicated to all the friends we’ve lost to drugs and alcohol over the years and getting people to come in and cover the songs their friends wrote.” It’s a fitting modus operandi for The Hollywood Vampires, who take their name from a group of drinking buddies who would meet up at LA’s Rainbow Bar in the 1970s, including Cooper, the Monkees’ Micky Dolenz, Harry Nilsson, Keith Moon, and John Lennon.

As it turns out, Lennon’s Beatles bandmate Paul McCartney has joined the modern heirs of the name. According to Perry, McCartney and his drummer Abe Laboriel Jr. stopped by the studio to record a new version of “Come and Get It”, the 1969 song McCartney wrote for Badfinger. The Beatle chose the song as a tribute to Badfinger’s Pete Ham and Tom Evans, who both committed suicide.

Perry had never met McCartney before, but was impressed by his ability to recall the song, which he’d only ever revisited live for a brief time a few years ago. “He knew all the chords, the lyrics, everything,” said Perry. “He didn’t have any cheat sheets. It was like he’d been playing it his whole life. Me and Alice and Johnny were standing there and looking at each other and I tell you — if there’s any ego-lever in a room, it’s Paul. It doesn’t matter who you are or what you’ve done. If Paul’s in the room, he’s there. It was hard to focus on playing.”

While McCartney split lead vocals with Cooper on the song, he likely won’t be joining the band on the road. The Hollywood Vampires plan to tour in Septemeber around their Rock in Rio date, said Perry. “Johnny’s a great guitarist,” he said. “The times I’ve spent with him, I’ve always been impressed. To go out and tour with him is going to be a lot of fun. Everybody’s really charged about it.

Below, watch McCartney perform “Come and Get It” for the first time ever back in 2011.