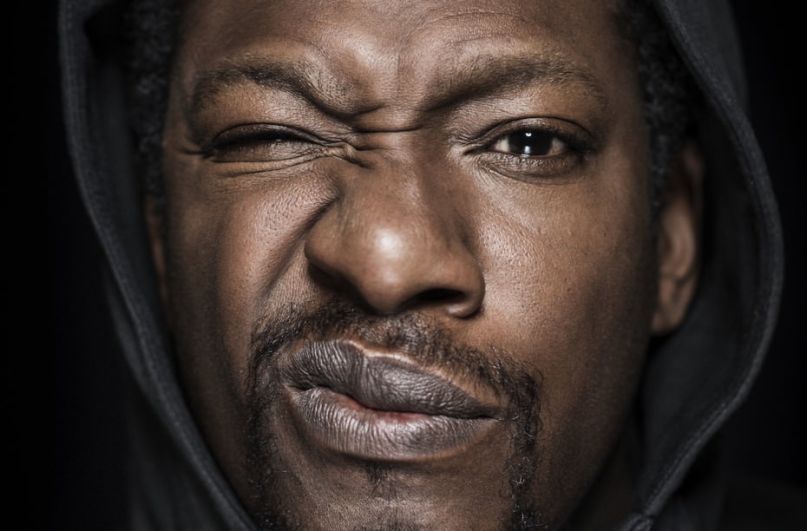 British rapper Rodney Smith, aka Roots Manuva, has remained out of the spotlight since the release of his Stolen Youth EP in 2013. That changes this week, however, as the Gorillaz and Leftfield collaborator has let loose a brand new single in “Facety 2:11”. Featuring skittering production from Four Tet, it’s a frantic, urgent listen from start to finish. Check it out below.

Manuva described the track, saying: “The saga goes from tangent to tangent here in the primal decibel of infinite tribal dub-wise mutation show me your skank face, let’s get feisty.”

“Facety 2:11” is available for purchase now via Ninja Tune/Big Dada. It also comes with a B-side called “Like A Drum”, produced by Machinedrum.