Plus, the band announces Act IV: Rebirth in Reprise and a new tour performing songs from Act II and III. 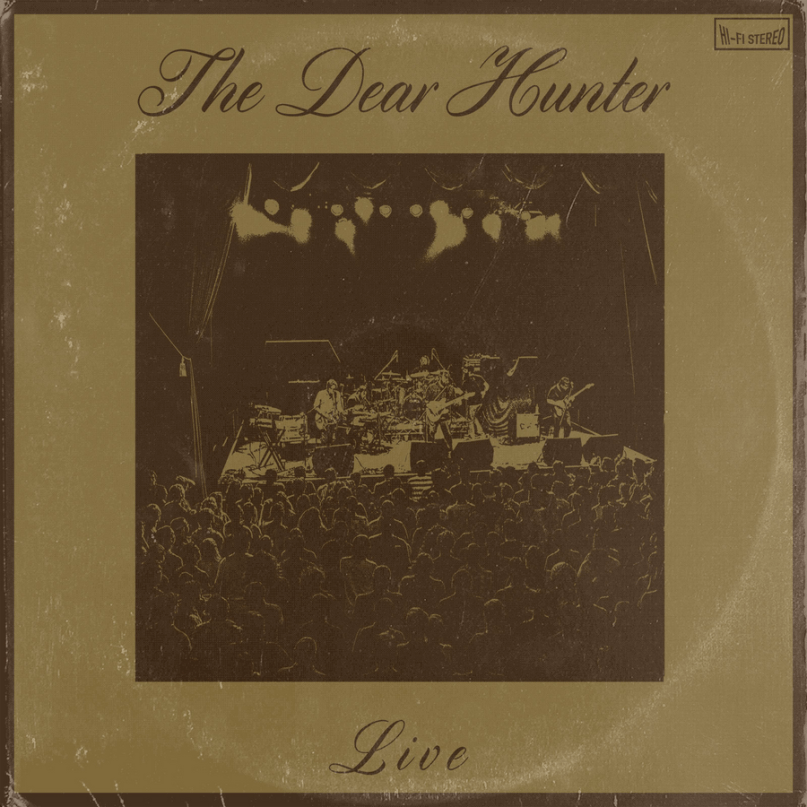 The Dear Hunter returns today bearing a bevy of gifts for fans. First comes a surprise live album entitled simply The Dear Hunter Live, which is available digitally right now with physical pre-orders going on at the band’s merch page. Compiling recordings from the band’s 2013 tour, on which they were accompanied by a string quartet, the album is also streaming in its entirety below.

Frontman and mastermind Casey Crescenzo explained in a letter to fans that live performances weren’t always necessarily in his nature. “As someone who spent almost all of his time locked away creating (a very introverted behavior), the idea of such a social display was frightening,” he said. “Anyone who witnessed the early shows for The Dear Hunter, can vouch for that palpable discomfort.” Over time, he began to see each performance as a chance to create anew. “Though the fear of the stage, and nervousness associated with outgoing interactions never left, a new feeling eclipsed them both – and with this grew the desire to improve.”

It’s those aspirations that led to the string quartet tour, and Equal Vision Records was on hand to multi-track every show. After combing through the material, they put together the 10 tracks of The Dear Hunter Live. “I wanted to surprise our fans with this release,” Crescenzo wrote, “as it is my gift to you all, for supporting me over the years, and never giving up on me. Thank you, from the bottom of my heart, for your continued faith in The Dear Hunter.” Read his full letter here.

As more reward for the Dear Hunter faithful, Crescenzo has revealed the band’s next studio LP will be Act IV: Rebirth in Reprise, the first entry in his planned six-part Act series since 2009. Technically the follow-up to the band’s non-canonical 2013 album Migrant, Act IV continues the tale of a boy known only as The Dear Hunter. We last heard the story in Act III: Life and Death six years ago, itself preceded by 2007’s Act II: The Meaning of, and All Things Regarding Ms. Leading and 2006’s Act I: The Lake South, the River North. Crescenzo said the new record is “coming along swimmingly,” and is expected later this summer.

To celebrate, the band has revealed a string of May concerts dubbed the “Acts Tour”. Each stop on the tour will see the band performing material exclusively from Act II and Act III. Some cities will see a two-date residency where each album will be played in its entirety. Find the complete itinerary underneath The Dear Hunter Live tracklisting.