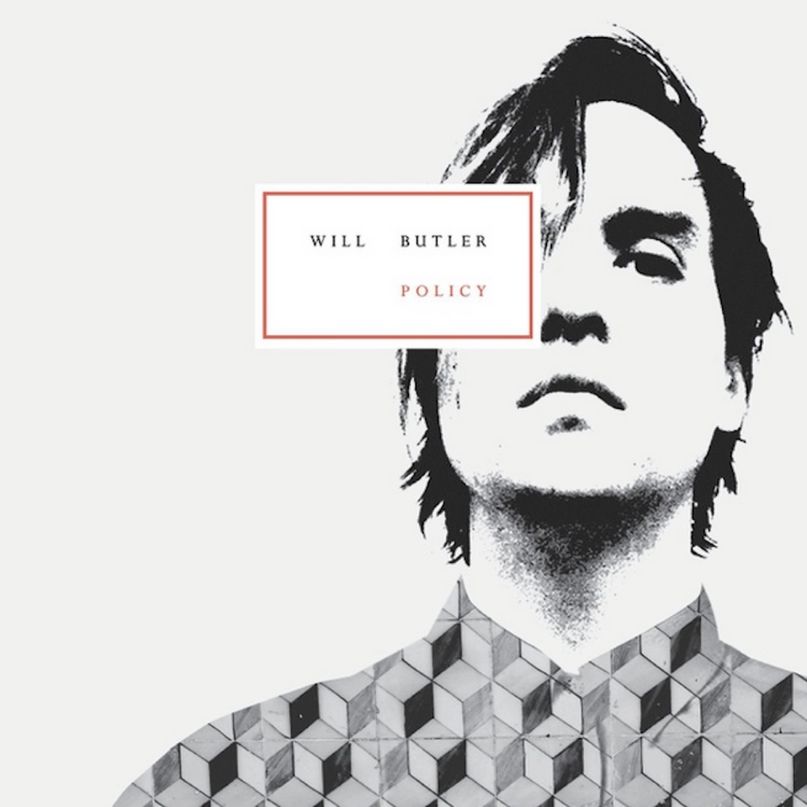 Arcade Fire’s Will Butler will release his debut solo album, Policy, on March 10th through Merge Records. In anticipation, the LP is streaming in full below via Spotify.

The eight-track effort was recorded in one week in Jimi Hendrix’s old living room (the upstairs level of Electric Lady Studios) and features drums from fellow Arcade Fire member Jeremy Gara. It follows the Oscar-nominated score for Her, which Butler co-wrote with Owen Pallett, as well as scores for Bronx Obama and Home Burial.

A press release describes the highly-anticipated Policy as “American music — in the tradition of the Violent Femmes, the Breeders, the Modern Lovers, Bob Dylan, Smokey Robinson, the Magnetic Fields, Ghostface Killah. And John Lennon (I know, but it counts). Music where the holy fool runs afoul of the casual world.” In a recent interview, Butler explained why the label “American music” is important to him and the LP:

Because I can only think of art in a local, parochial kind of way — the only thing I’ve spent time developing is my English, and it’s American English. Deep down, that’s all I have. And the album is responding to music that’s rooted in America; a lot of our music that’s been so wildly influential around the world — rock ’n’ roll, hip-hop, jazz — has been made by young, excited people doing crazy things. So I wanted to tap into that adolescent energy a bit, while I’m no longer an adolescent.

Policy is preceded by the singles “Anna” and “Take My Side”.