Super Troopers 2 reaches fundraising goal and is officially a go!

The fans have spoken, and a Super Troopers sequel is now a reality 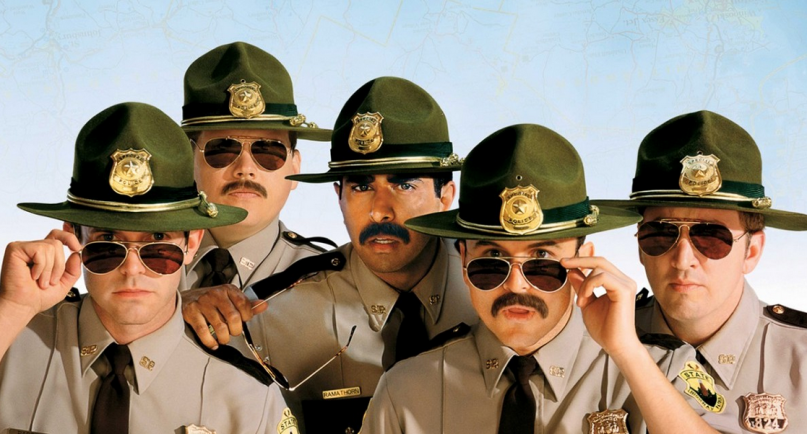 Broken Lizard launched an IndieGoGo campaign to finance a sequel to their 2001 cult classic Super Troopers on Tuesday. A little over 24 hours later, the fundraiser has hit 110% of its $2 million goal, which means it’s official: Super Troopers 2 is really happening.

As of this writing, the film has raised $2,214,005 from 21,004 donors, and the number is still climbing. Part of the reason for the swift success (besides a rabid fan base, natch), is that some generous being laid out $35,000 for the biggest perk available. Whoever that kind hearted comedy fan might be will end up with one of the patrol cars used in the new film — even if it’s banged up from a potential chase scene.

Another donor put up $15,000 so they and six of their buds can go to an LA Angels game with the five Broken Lizard guys in May, four people added in $4,000 each to name a character or town in the film, and 20 individuals dropped $2,500 to enter the first official Beerfest Tournament in Chicago. (There’s still 30 of those entry spots left, if you’re up for it!)

According to the pitch, Super Troopers 2 should begin filming this summer in the Northeastern US. But with 30 days left to go, there’s still time for the production to gain an even bigger budget. There’s even a realistic possibly it could surpass the $5,702,153 made by Veronica Mars on Kickstarter in 2013. Either way, it looks like Farva’s staying in the trunk until they hit $3 million, which at this rate should be tomorrow some time.