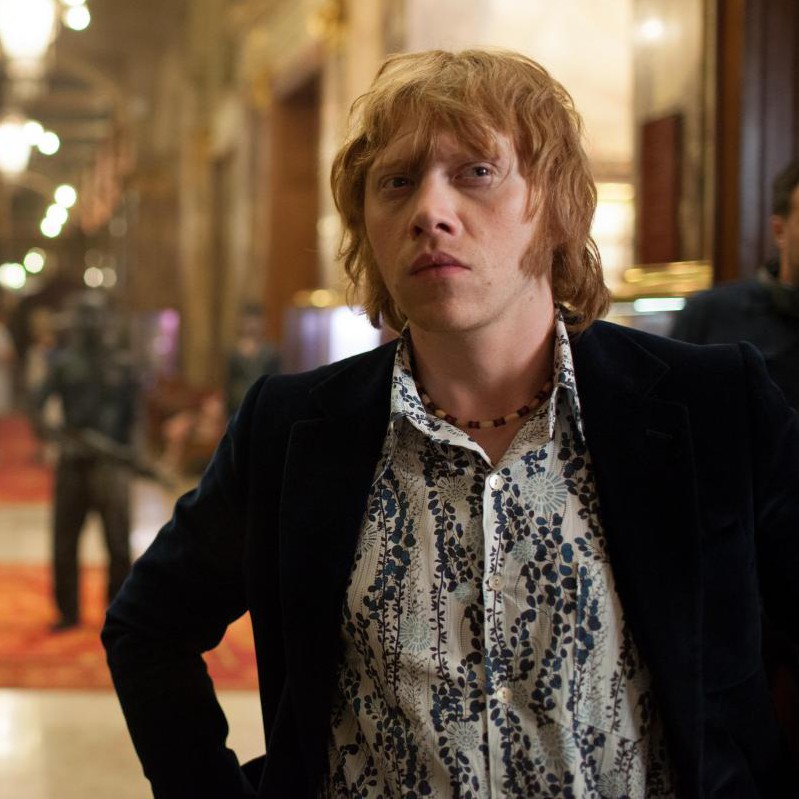 Moonwalkers is the kind of movie that isn’t so much about any version of the 1960s that actually existed, but the version pop culture agreed upon in the decades since. This is the version of the ‘60s full of cartoonish squares who just didn’t get it, maaaaan, the version in which LSD was a catch-all miracle cure for everything that ailed society and beautiful women were perpetually topless because free love held sway and America was a more innocent place. To that effect, Moonwalkers is predicated on a series of bullshit assumptions about the time it attempts to chronicle. It’s all innocuous enough, a film too deluded to truly offend, but it’s as surface-level a story of the end of the decade as you’ll ever find.

Built around the urban legend that Neil Armstrong’s moon landing was a fake, filmed by Stanley Kubrick on a London soundstage in case the Apollo mission failed, Moonwalkers follows a pair of stock types/misfits on the misadventure. Kidman (Ron Perlman, getting the most out of a thinly drawn part) is an ex-special ops man who finally found his way out of Vietnam, only to be deployed again with a briefcase full of money to win Kubrick over. Kidman’s a consummate professional who’s also still struggling with PTSD; he can’t hold his hand out flat without it shaking violently, and he’s beset by hyper-realistic dreams and occasional waking flashbacks to burning, disfigured people. (The gruesomely rendered dead are but one of the film’s many visual flourishes that go nowhere.)

And then there’s Jonny (Rupert Grint), a flop-sweating hustler whose current endeavor finds him as the manager of an oblivious hippie band. They’re starting to get impatient with Jonny’s endless promises of fame and fortune, and he’s in debt to the Ironmonger, a vicious loan shark and London mobster type who builds serene bridges out of balsa wood because that sort of character always needs a stock quirk in this type of movie. Jonny and his perpetually stoned roommate Leon (Robert Sheehan, of Misfits) manage to stumble their way into a meeting with Kidman, passing Leon off as the enigmatic Kubrick, and get as far as stealing the briefcase before Kidman gets wise and threatens their lives if they don’t help him get the film made in time.

Soon the unlikely duo makes their way into a strange underworld involving gun-toting dandies, a hippie hovel in the countryside, a bumbling director (Tom Audenaert) whose creative vision threatens the entire operation, and a race against the Apollo launch to finish the film. Inevitably sex and drugs and rock ‘n’ roll threaten the whole operation, and if your eyes don’t glaze over from the film’s painfully generic beats, Moonwalkers is a watchable enough lark. Longtime commercial director and Michel Gondry collaborator Antoine Bardou-Jacquet has a clear hold on visual verve, even if the frequent speed-ramping and kaleidoscopic visuals are less distinctive than completely on par for this sort of film in every way, and the pacing is fleet-footed enough to stave off the disinterest summoned by the film’s pedestrian storytelling.

Even the film’s penchant for grisly, over-the-top stylized violence fails to enliven Moonwalkers, though it does give the film a nastiness that doesn’t help much of anything along. Perlman is solid, and gets to show a vulnerability that his hulking frame rarely allows, but he’s a cartoon, the stiff shirt who just needs to cut loose. (Josh Brolin just did this to roughly 100x the same effect in Inherent Vice.) Grint is fine as Jonny, if a bit miscast; it’s no slight against him, but he simply looks too young for the role he’s asked to play. Moonwalkers is too ineffectual to really get riled up about, but it’s painfully generic after a while, and misses the mark when it comes to saying a single thing about any of its many historical callbacks that hasn’t already been said, repeated ad nauseum, and run into the ground. It’s decades late to its own party.