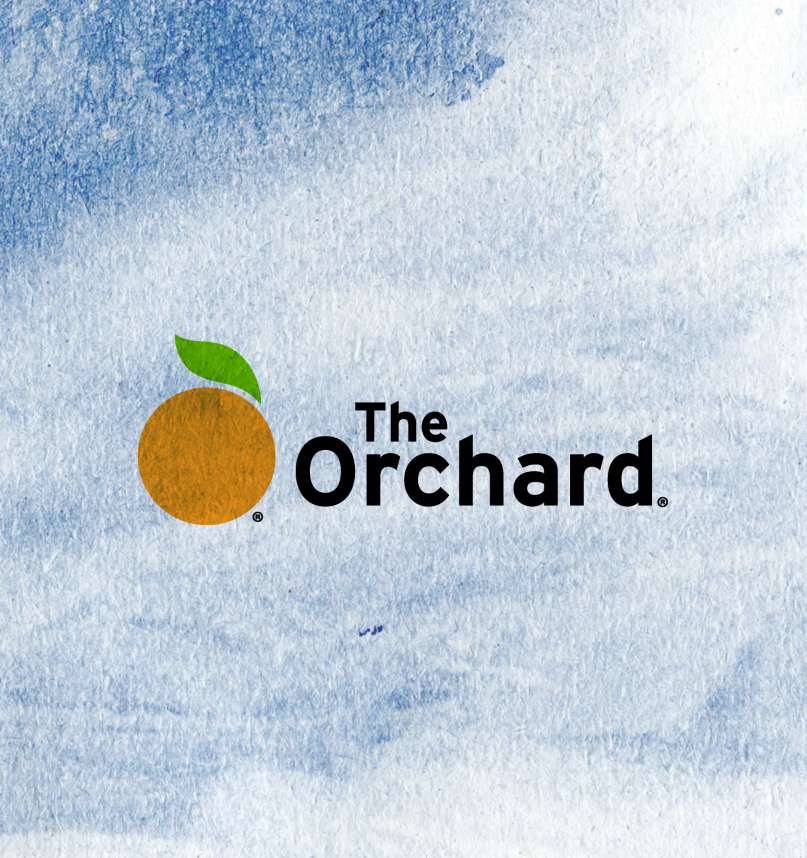 The road out of Sundance Film Festival is tricky. For some films, it’s long, winding, and perplexing. For others, it’s paved in gold. Watching the madness unfold is a glorious spectacle, as thousands of tired writers, local moviegoers, and, most importantly, starry-eyed distributors bobble around the makeshift theaters going about their frantic business. But here’s the thing: That business often dictates how the year plays out for independent cinema. What’s more, that business often comes down to a pair of eyes tasked with knowing what will work and what won’t. Two of those lucrative blinkers belong to Paul Davidson.

As SVP of Film & TV, Davidson is currently changing the game for The Orchard, a pioneering music, video, and film distribution company founded in 1997 by Richard Gottehrer and Scott Cohen. Based out of New York City with satellite offices in over 25 markets across the world, the company found its footing by distributing music. In fact, they’re currently the largest distributor in the world with over 9 million tracks that account for 20 percent of the music available on any major service, whether it’s Spotify or iTunes. In 2014, Davidson left Microsoft, where he had been leading and expanding the Xbox Video service, to bring similar success to The Orchard.

Last month, the company caught our eye after it acquired three of our best-reviewed films at Sundance 2015: Patrick Brice’s hilariously uncomfortable comedy The Overnight, Bryan Carberry and Clay Tweel’s left-of-the-dial documentary Finders Keepers, and Joe Swanberg’s star-studded dramedy Digging for Fire. While these acquisitions are minor in comparison to the $12 million Fox Searchlight laid down for Me and Earl and the Dying Girl or the $7 million Open Road Films tossed at Dope, they collectively speak of a certain quality and taste, one that’s possibly worthy of subscription.

Therein lies the true success of Sundance. After all, multiple distributors over the years have come out on top and made a name for themselves outside the festivities of Park City, Utah. There’s the obvious conglomerates like Miramax (Reservoir Dogs, Clerks, In the Bedroom) and Fox Searchlight (Garden State, Little Miss Sunshine, Thank You for Smoking), but then there’s the more unique fare in IFC Films (Boyhood) or A24 Films (Obvious Child). Based on Davidson’s recent looks and his ensuing exports, it would appear that there’s room for The Orchard, too.

“You have to be competitive financially,” Davidson explains to me over the phone. We’re talking about Sundance, specifically the acquiring process, and while procedurals and financial mumbo jumbo can often be boring, this conversation is anything but. “For us, going into Sundance, we needed to show people that even if you look at last year’s releases, we were still being competitive but on a smaller scale. We needed people to see that we were going to commit to a larger scale this year.”

He’s being somewhat modest. In 2014, The Orchard picked up a number of extraordinary productions, from Jemaine Clement and Taika Waititi’s hilarious vampire mockumentary What We Do in the Shadows to Jerry Ferrara’s upcoming drama Club Life to Frédéric Tcheng’s fashion documentary Dior and I. These are all intricate pieces of a much larger puzzle that Davidson’s assembling for the company and a part of his exciting slate for 2015.

What We Do In the Shadows

“It does come down to who we are, what our strategy is, how we think about releasing the movie,” he continues. “At times, I refer to it as the ‘moneyballing of independent film,’ because everybody has different things that are important to them in getting a deal done.” In an age where VOD is on the rise for independent cinema, Davidson understands that there’s never just one avenue for filmmakers and producers. This is where The Orchard shines. “We refer to ourselves not as an aggregator; we refer to it as a partner distributor,” he says.

With longtime partnerships in place with YouTube, Netflix, iTunes, et al, The Orchard knows how to get its entertainment to the general public, whether it’s in the comfy confines of one’s living room, the neighborhood art house theater, or someone’s sticker-cluttered laptop at the hip coffee shop around the corner. What’s extraordinary about their process, however, is that they’re incredibly transparent and equally hands-on with every project. They’ve designed an online workstation, where each client can watch their numbers grow in real-time.

“What are the unit sales on iTunes? What is the box office? What are we spending for the P&A and the marketing? They see all of that, and that’s a rarity,” Davidson argues. “Personal relationships, the passion for the projects, the smart strategy around the content, and good, young, energetic groups of folks who are excited — that all plays a part.”

There’s also a “less is more” approach to Davidson’s thinking.

“We’re limiting ourselves to 10 to 12 of these theatricals per year,” he adds. “We’re not inundating ourselves to the point where we’re scrambling to just get stuff done. With The Overnight, the Duplass brothers and everyone else who was involved with that movie, they knew that was one of the biggest acquisitions we were going to make this year, so you have to believe that we are all-hands-on-deck. Which is the case with Joe [Swanberg], which is the case with Finders Keepers. We only plan for those 10 to 12 in an entire calendar year, so we make sure we give them all the right attention that they deserve.”

Rest assured, Davidson’s not reading from Jerry Maguire’s idyllic mission statement; he understands that this is a business. He just values quality over quantity, which is arguably a strong stance amidst a cluttered era of high-digital volume. How many times do you scan your DVR, your cable guide, your HBO GO, your Netflix, trudging blindly through a sea of releases? It’s the same conundrum for music listeners, which is why so many fans seek answers from various labels like Merge, Domino, or Bloodshot. Why can’t that apply to film?

“It’s hard for us to acquire something just based on a very unemotional, business-minded, ‘OK, it has X-factors, we have a slot, we don’t have a comedy this year, we think we can do this much on cable VOD, let’s go do it,'” Davidson explains. “If a movie doesn’t move us, it’s not the right decision. We need to be passionate about it — we need to really love the movie.”

“We do make sure that we’re not gonna go buy all comedies, or we’re not gonna go buy all documentaries,” Davidson says. “We have a slate that we’re trying to build for the calendar year that allows us to build a broader portfolio. We’re focused on intelligent comedies. We’re focused on docs that we think can really move people or have a broad impact.”

And so are relationships.

“We have such great working relationships and experiences with these filmmakers that it’s such a small community,” Davidson says. “It becomes kind of this cycle: People love working with us, and that translates into more people wanting to work with us, and before long, we have these great relationships. Three years down the line and we’re having an even greater chance of distributing movies that are coming out just because people love the experience.”

It’s not all fun and games, though. With respect to Sundance, there’s a budget that Davidson works with, and there’s only so much of that he can actually spend on the, oh, 100-plus films that screen across Park City. It’s an exercise in patience that’s both exhausting and taxing — his success ultimately hinges on strict intuition.

“It’s a risk,” Davidson agrees. “We go in knowing every movie and when it’s screening, and typically a lot of the bigger movies will happen in that first weekend versus not going into the weekdays. But it’s always a risk. You know, it’s funny. For the most part with all these things, it takes days for the deals to go through, and so you find yourself in situations where you may be getting countered on one title, and then suddenly you see another title and you say, ‘You know what? OK, we’re going to hold these numbers, we’re not gonna go up, because if we get it at that number, great, we feel good, but we also just saw X, which we’re excited about too.’ You just play it out.”

Along with dozens of other studios.

“It’s very competitive,” he adds. “But again, it’s about who you’re going to go out on the date with or go to the prom with. You know you’re going to be with them for a year if not more. When we get in front of the filmmakers, we can speak about our strategy around their movies. It gives us, I think, an extra edge. But not everything goes our way!”

As always, hindsight is 20/20, and the future is unwritten, but Davidson’s enjoying his lucky streak. This year’s early crop of films — specifically, the limited releases Kung Fu Elliot and What We Do in the Shadows — have already generated healthy buzz from publications such as The Playlist, The Hollywood Reporter, The Wall Street Journal, The A.V. Club, and The New York Times. When asked about his curatorial magic, he digs into the past.

“What’s funny is that my favorite job I’ve ever had was when I was in high school and working at a video store,” Davidson says, waxing nostalgic. “I loved the concept of talking to people about movies and how you would rearrange movies on the shelves and how that impacted what people gravitated towards. I woke up years later running the digital retail business for Xbox and said to myself, ‘It’s actually the same thing. I’m doing a very similar job.'”

And so, it would appear he has more in common with Quentin Tarantino than, say, Harvey Weinstein. Yet these dusty talents of yesteryear — and really, they are archaic given the death of Blockbuster and Hollywood Video — are building a bright future for independent cinema akin to rising diamond distributors like A24 Films. Though that’s hardly news to Davidson:

“It’s funny you say that, because right before the Zipper screening, one of the people involved with the Overnight deal was there, and I was talking to him, and he said, ‘I have to tell you, what you’re doing this year reminds me a lot of the year when A24 picked up Sofia Coppola’s movie The Bling Ring. They were new, they were unproven to a certain extent, and they won that title, and it kind of marked the start of a new chapter for them.’ He added, ‘I feel like this Sundance really is that milestone for you guys.’ Which is great to hear. We already knew where we were going, we already knew our differentiator, and why filmmakers would want to work with us, but it took us getting out there in front of everybody and showing them how committed we were to do it in order for everybody else to wake up and see the opportunity with us.”

Our eyes aren’t as far-reaching as his, but we’re willing to bet on him.