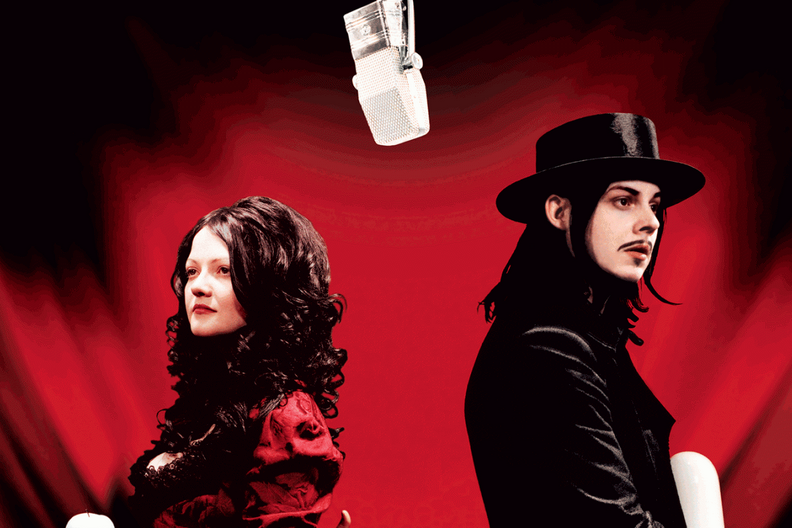 Jack White’s Third Man Records will commemorate the 10th anniversary of The White Stripes’ Get Behind Me Satan by releasing the album on vinyl for the very first time. A limited-edition multi-colored version will be available for Record Store Day 2015 (April 18th), with a standard black vinyl release following later this year.

Disc one of the RSD double LP set is pressed on red vinyl, while disc two is pressed on white vinyl. The package also includes a full-size, 12-inch x 12-inch gatefold lenticular jacket; newly-created inner artwork reprising themes of the original promo-only version of the LP; and a digital download code.

Following Get Behind Me Satan’s initial release in 2005, White had intended to record a live version of the album exclusively for vinyl. However, problems with the band’s recording studio derailed the plans, and only a limited quantity of the regular LPs were ever made available to music industry folks and critics. That was — until now.

Below, watch a teaser video for the release, and see the album’s lenticular jacket and tracklist.

Get Behind Me Satan Vinyl Artwork:

Get Behind Me Satan Vinyl Tracklist:
Side A:
Blue Orchid
The Nurse
My Doorbell

Side B:
Forever For Her (is Over For Me)
As Ugly As I Seem
The Denial Twist
White Moon

Side D:
Little Ghost
Red Rain
I’m Lonely (But I Ain’t That Lonely Yet)