Trailer for Star Wars: The Force Awakens to premiere with Avengers: Age of Ultron 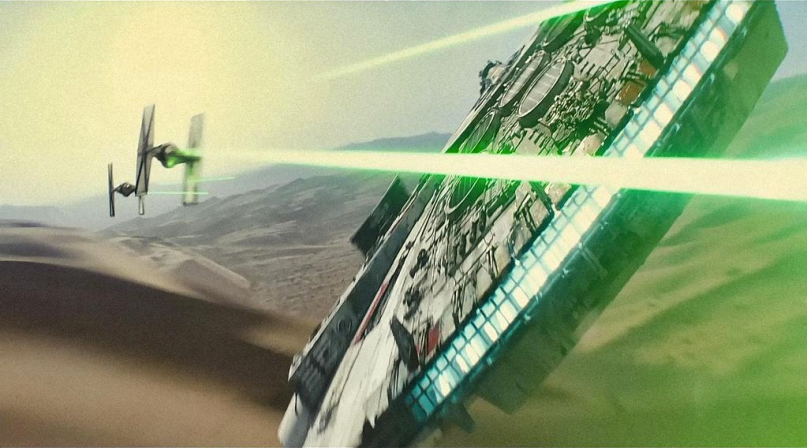 Sci-fi fans will get a double dose of highly-anticipated geekdom when Avengers: Age of Ultron enters theaters next month. Not only will they see Marvel’s superhero team take the screen once more, but they’ll also get another look at the forthcoming Star Wars film in a brand new trailer.

The latest teaser for Star Wars: The Force Awakens will receive its initial premiere during the Star Wars Celebration convention, held April 16th-19th in Anaheim, California. It will then be attached to screenings of Avengers, which hits theaters internationally on April 22nd (and in the US on May 1st).

Considering the odds of someone bootlegging the trailer and uploading a low-quality version online in the interim between the convention and the US debut of AoU, there’s a good chance Disney (which owns both Lucasfilm and Marvel) will release the trailer online before May 1st.

Either way, attaching the trailer to Avengers guarantees maximum exposure; Avengers opened with $207.4 million its first weekend, and there’s no doubt the sequel will bring in similar figures.

Revisit the original teaser for The Force Awakens: