Travis Barker will join Run the Jewels for Coachella 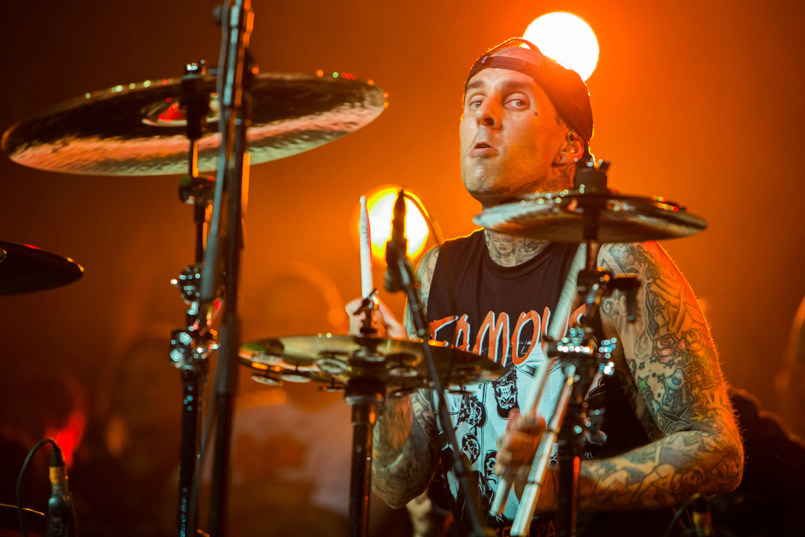 The remaining members of Blink-182 don’t seem to be having any trouble adjusting to life without Tom DeLonge. The California pop punk band just played its first shows since the split, and both bassist Mark Hoppus and drummer Travis Barker are keeping busy with other projects. In his first interview since DeLonge left the band, Barker revealed that he’ll be heading to Coachella this April to play drums with none other than Run the Jewels.

It won’t be the first time the Blink drummer has joined forces with Killer Mike and El-P; Barker drummed on “All Due Respect” from Run the Jewels’ second album Run the Jewels 2, and he performed live with the duo at the Echoplex in Los Angeles last November.

Barker sounds excited to keep collaborating with the hip-hop power duo. “I love switching it up — I get so bored,” he told Billboard. “I love playing with Blink, I love playing with Yelawolf, I’m never bored with those, but I like someone throwing me a curveball and going, ‘You have 24 hours to learn this.’ That’s awesome.”

Looks like the spring festival’s lineup just got that much more stacked.