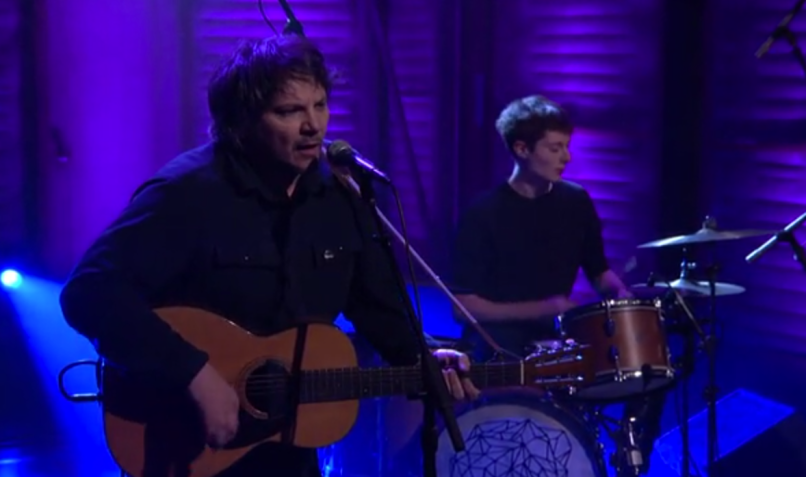 Wilco frontman Jeff Tweedy and his teenage son Spencer have been touring the US for the last few months in support of Sukierae, their well-received debut album as father-son duo Tweedy. Last night, they carved out some time and swung by the set of Conan to perform LP highlight “World Away”. Catch the replay below.

Of course, this is not the first time the Tweedy clan has joined forces with Conan: The late-night host previously starred in the duo’s video for “Low Key“.

Following his tour with Tweedy, Jeff is scheduled to hit the road with Wilco for a string of dates, including a headlining spot at the band’s own Solid Sound Festival in June. Consult the full itinerary.