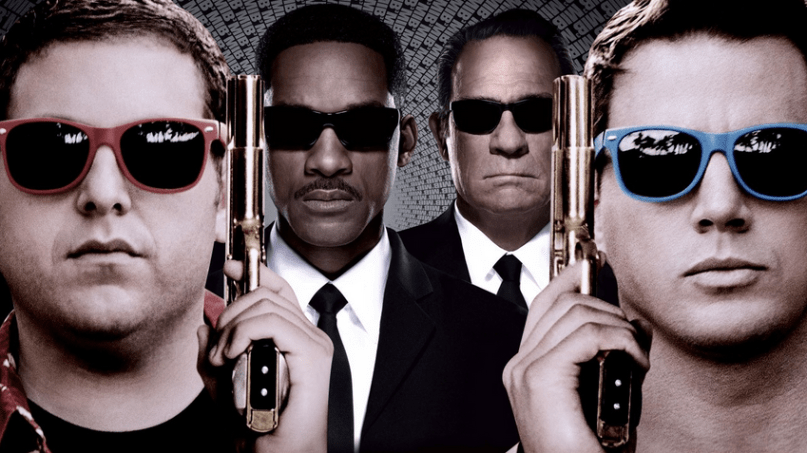 Back in December, emails leaked during the Sony hack revealed the studio was considering a 21 Jump Street – Men in Black crossover film. Now, The Warp is reporting that not only is the MIB rumor still a possibility, but there’s a female-driven Jump Street film in the works.

According to the report, Lucia Aniello and Paul Downs, writers for Comedy Central’s Broad City, have been hired to pen the female-led spinoff. In addition to possibly mining their own show for talent, there’s talk of bringing Dakota Johnson from the original Jump Street back into the fold.

Meanwhile, Miller and Lord are still considering having Channing Tatum and Jonah Hill join the MIB crossover. “It’s still a crazy idea, and we only do things that seem like they’re going to be terrible,” Lord said earlier this year. “We’re really focusing on what’s a great story for Schmidt and Jenko and how to tell the next chapter in their lives. And perhaps use creatures from another world at the same time.”

Blending the two franchises could be a way to send up of the current Hollywood trend of shared universes started by Marvel. That would at least fit in with the franchise’s roadmap, as the first played on the concept of TV-to-film adaptations and its sequel mocked, well, sequels. There’s still no word on whether any of the original Men in Black stars, such as Will Smith or Tommy Lee Jones, would be involved in the crossover.

Either way, this is all sounding very familiar. Ghostbusters is also coming back with a female-centric reboot that’s supposedly going to be the first in a new cinematic universe. In fact, Jump Street star Tatum has been talked about for the all-male film in that series. Though the new head of Sony Pictures motion pictures, Tom Rothman, has already slashed the budget for the Kirsten Wiig and Melissa McCarthy-starer, it sounds like he’s getting a bit trigger happy with this whole multi-movie, gender-specific spinoff thing.