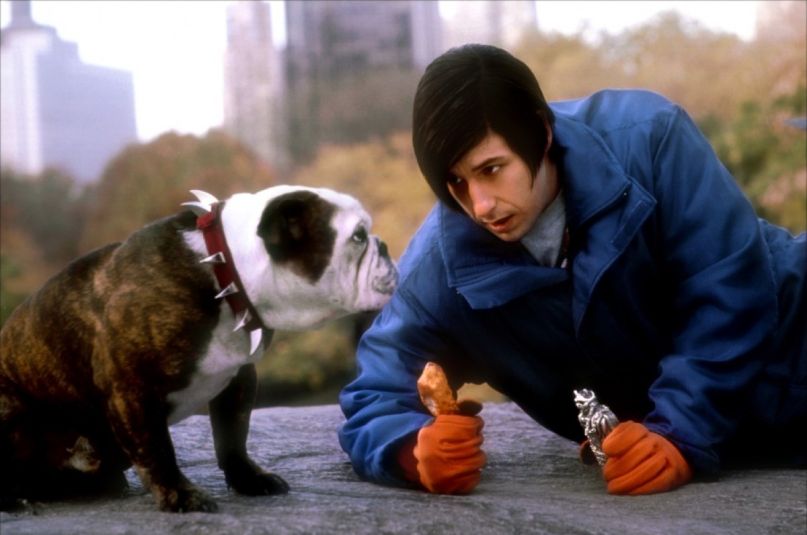 Adam Sandler’s films have been called a great many things: bad, very bad, not good, and also some early ones were good but most are bad. Add director John McNaughton to the list of the funny (?) man’s detractors. In a recent interview with Bloody Disgusting, the Henry, Portrait of a Serial Killer director had some not-so-nice things to say about Sandler, blaming him for mucking up an exciting premise he had for a prequel to Wes Craven’s A Nightmare on Elm Street.

“I started thinking about what we haven’t seen before,” McNaughton started, “…where did Freddy [Krueger] come from before he returned in the first picture? Hell. Nothing could keep me from going to Hell and the idea of actually setting a story in Hell, that to me, I was just like a pig in shit.

“New Line had just made, what’s his name … the comedian that gets so little respect and makes so much money,” McNaughton asked, landing a hard right to Sandler’s ego. “It was one of his goofy comedies … Little something or other … there was a number of scenes in Hell and it was his first comedy that didn’t do to well.

“New Line didn’t want to go back to Hell,” McNaughton concluded. “So, I basically told them to go to Hell. Just the idea of being under the thumb of the studio and being called on to satisfy genre expectations, it’s not something that would make me happy. They were unwilling to go to Hell with me and it just came apart.”

So, if anyone out there is upset there isn’t one more horror movie prequel/re-imagining/cash-grab out in the world, you have the star of You Don’t Mess with the Zohan to thank. And please remember that Little Nicky features Quentin Tarantino as a blind priest. Thank Sandler for that, too.