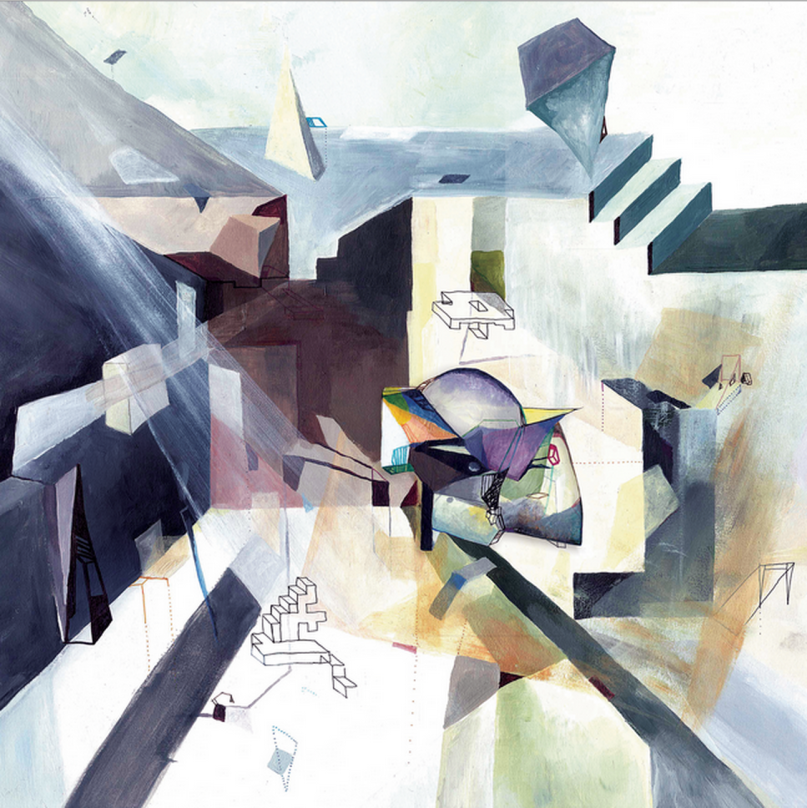 There’s more snarl to Ava Luna this time around, though you wouldn’t pick it up from the breezy single “Coat of Shellac”. It might be the New York five-piece’s most accessible song to date; it fills space that had previously been left open, locking into an airtight bass groove as Felicia Douglass, one of the band’s three singers, takes lead. “This is not about us,” she sings. Backup vocals and flecks of guitar flutter around her, and the song breaches an honest-to-God chorus — a rare specimen in the world of Ava Luna.

Infinite House marks the band’s third full-length album since 2007. They’ve shifted between different sounds and lineups since then, swelling to a seven-piece and then shrinking to five. Singer and songwriter Carlos Hernandez sits at the project’s restless core, though lately he’s become less of a bandleader and more of a loose tether between ideas. Like last year’s Electric Balloon, Infinite House bristles with different impulses, though many of them feel braver and larger than before.

You can see more characters between the lines here. There are plenty of references to an “us” and a “we,” no lack of romantic ennui, but then there are songs like “Steve Polyester”, a spoken-word portrait of its titular figure who’s “shaped like a cockroach,” who “smells good,” who looks like “a ruby lined in gold.” Its narrative skitters through dream space, because logic doesn’t matter here. The musicians of Ava Luna don’t follow paths they’ve already mapped. They tie whims onto grooves, and see where they end up.

Infinite House sounds fantastic — polished and sturdy, thanks in part to Dave Fridmann’s mixing work — but it gets most interesting when it jumps out of its own smooth skin. “Company” sees Hernandez straining at the question, “Do you/ Appreciate/ My company?” He funnels a mountain of romantic anxiety into five clipped words, and with the help of the band around him, they overflow. This is a band that may never stop challenging itself, never make things easy. But their puzzles are as fun to solve as they must be to engineer.