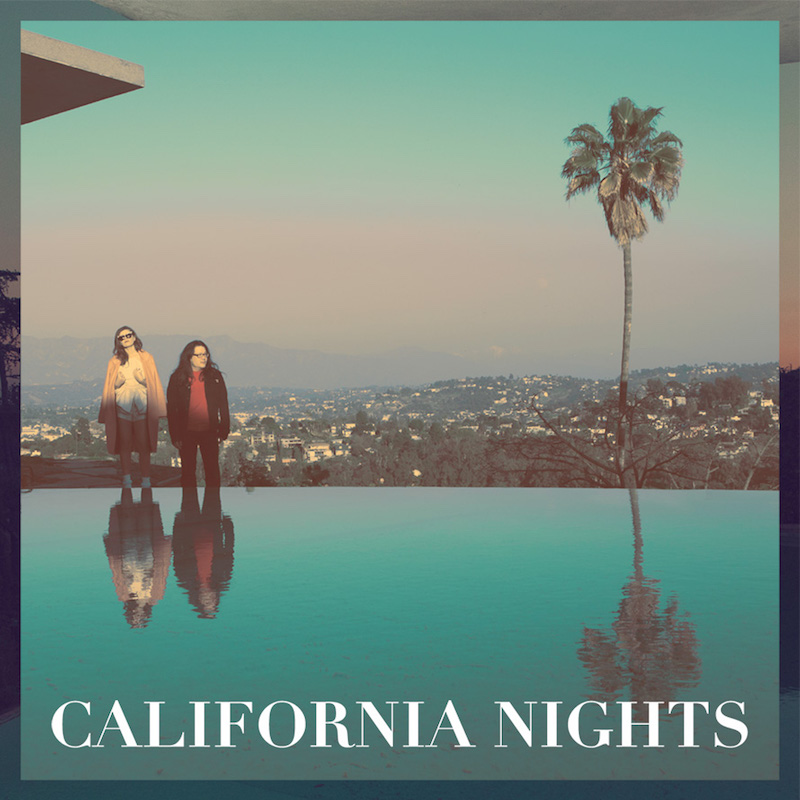 California, like the country to which it belongs, is as much a story as it is a physical place. The sunshine, the silver screen, the sleek bodies in the surf — all these are a part of this story, or at least of its latest incarnation. Earlier chapters may differ in their particulars, but they’re all built on the assumption that California is somehow apart from the rest of the world, somehow governed by a different set of rules. Against all odds, aspiring actors and musicians still flock there to “make it,” to prove their own specialness, to get famous or die trying.

Of course, it didn’t take the recent months of drought to inject a sense of foreboding into the Californian narrative. Death has always been there, lurking behind the palm trees and the too-green lawns. “I’ve always felt there’s something genetically instilled and inbred in Californians,” reflects Kim Gordon in her memoir Girl in a Band, “that California is a place of death … desire and death … all mixed up with the thrill and the risk of the unknown.”

Gordon grew up in Southern California, as did another girl in a band, Bethany Cosentino of the LA-based indie duo Best Coast. Arriving on the scene in 2010, Cosentino somehow distilled the last 50 years of California’s music history into the hazy, sun-drenched Crazy for You. “Do I contradict myself?” she seemed to ask while piling girl group harmonies atop a sand castle of surf rock and pop punk. “Very well then … I am large. I contain multitudes.” And yet, it still felt like something was missing from Crazy for You and its more polished, more clinical follow-up, The Only Place. You might call it maturity, or nuance, or perspective. “We were born with sun in our teeth and in our hair … We have fun when we please,” Cosentino brags on “The Only Place”, as if that were somehow interesting. I’m from California, and even I find such lyrics to be a bit insufferable. Where’s the death and the desire? Where’s the risk of the unknown?

Cosentino started to hint at less rosy lyrical themes on 2013’s Fade Away, but that EP ultimately seemed confused and adolescent; Best Coast was growing into something, but it wasn’t quite sure what. The duo’s third studio album, California Nights, offers a rousing, restless answer, peeling away the layers of haze to reveal a mature ambivalence that feels more sincere — and less forced — than anything Cosentino’s done since Crazy for You. Opening track “Feeling Ok” is caught up not in the babes and in the waves, but in the uncertainties of the everyday. “Today I know I feel OK” may not be the stuff of anthems, but there’s a delicious ambivalence in that word — ”OK” — that resonates far more than another description of sunshine. The title track reflects this same ambivalence. “California nights make me so happy I could die,” Cosentino sings, her voice soaring high above the shoegazey guitar tracks. “But I try to stay alive,” she adds, as if admitting that it takes real effort to survive in the enchanted land of her youth.

This is not to say that Best Coast has completely abandoned the sweet, formulaic love song. Tracks like “Fine Without You” and “Run Through My Head” deal with the same lovelorn subject matter you might have found on Crazy for You, though here it sounds more suited for the arena than the bedroom. Credit Weezer for offering Cosentino a template for expanding her sound, as her appearance on that band’s “Go Away” showed us what she’s capable of going forward. That path comes with its own pitfalls (as Weezer knows all too well), but Cosentino’s pipes are up to the task and, for once, the polish seems warranted. There’s some serious multitracking going on here, but the layered vocals on “Fine Without You” lend gravity to each lyric, and the guitar-led outro legitimately rips. The same goes for the entirety of “Heaven Sent”, a song whose sweet, tentative plea for forgiveness doesn’t stop it from leaving scorched earth in its wake.

These production flourishes might not appeal to those who fell in love with Best Coast for its bedroom sensibilities, and there’s probably a significant subset of fans who will resent California Nights as the moment the band abandoned indie for good. But, really, did the world need another album like Crazy for You? I’d much rather listen to Cosentino grapple with new challenges, even when it comes across a bit hackneyed. “What is life? What is love? What’s the meaning of it all?” she asks on “So Unaware”, and it’s enough to elicit a groan from anyone who’s already graduated middle school. But she follows that up with “There is a light that I can see, consumes me until I can’t breathe,” and, boy, if that isn’t the kind of light I knew growing up in Southern California, the kind that suffocates with its incessant sunshine.

Like all bands that burst onto the scene with a stellar debut, Best Coast will always be burdened by the weight of expectation. Cosentino admits as much on “When Will I Change”, a song whose surfy intro hearkens back to the halcyon days of Crazy for You. “I’m a big girl now, but I don’t feel much older,” she sings, and it’s refreshing to hear her living out the real California Dream — the one people are drawn to, in Gordon’s words, because “they don’t realize deep down they’re actually afraid of what they want.” Cosentino has maybe never known what she really wants, but now she’s old enough to admit it and to draw on it for inspiration. The real California nights, it turns out, belong to the heart.

Essential Tracks: “Feeling Ok”, “Fine Without You”, and “When Will I Change”